Fifteen years with Putin. Where is Russia going? 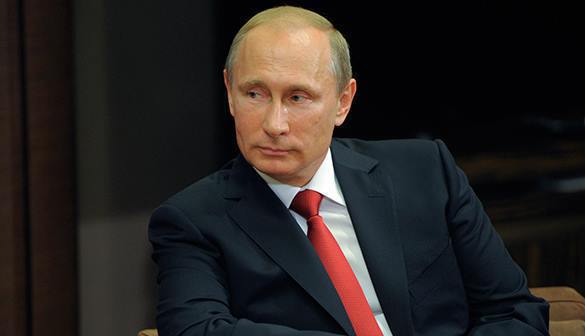 Russia has changed beyond recognition during 15 years of Putin's stay in power. It is hard to deny the fact that the Russian leader has shown an enormous influence on the country and the world.

This is the general idea that comes from the article that was published in the British publication The Guardian on May 7. The newspaper published the article to mark Putin's third anniversary of his inauguration and his half term as president.

According to The Guardian, despite the tense relations with the West and the current economic decline in Russia, Putin's rating is higher than that of any other Russian leader before him, even after 15 years after Putin's first inauguration.

Also read: Putin: Life is such a simple and cruel thing

The changes that Russia has seen recently are enormous indeed. Most Russians are convinced that all these changes have happened in the country owing to President Putin.

Scientist of politics Aleksey Mukhin said in a conversation with a Pravda.Ru correspondent that Putin works effectively inside Russia, providing and guaranteeing all freedoms.

"Acting as a full-fledged guarantor of the Constitution for various social and political groups, Putin also stimulates economic processes. He is doing his job well. He has no competitors inside the country," the expert also said.

"The so-called Putin's majority that has formed in Russia attracts a lot of attention from social workers. The Putin's majority is the core of his electorate - the force that expresses Putin's values and programs. The Putin's majority collects other electors who also vote for Putin at elections," the leader of the Center for Political Research at the Funds for the Development of Civil Society, Andrei Kochetkov told Pravda.Ru.

Fifteen years ago, any talks about the future of Russia's stable economic development were seen as a conversation of strange people, to put it mildly. The word combination 'import substitution' was never in use among both economists and politicians. The very existence of the country was a big question.

Rotating power outages, barter deals, daily currency fluctuations, delays in salary and pension payments, closing factories - all of that is a matter of the past in today's Russia, but it was everyday reality during the 1990s.

Putin's recent major decisions and actions have contributed a lot to his rating inside the country as well. The most important one of them is Russia's reunion with the Crimea, the events in Ukraine and Russia's standoff with the West.

Mikhail Remizov, President of the Institute of National Strategy, said: "Putin's third term is rich with events that make one appreciate the existence of experienced authorities. Experienced government is first priority, of course, especially against the backdrop of the complicated international situation and the ongoing crisis in Ukraine."

Speaking at the media forum of the all-Russian People's Front, the Russian president stressed out that his May decrees were measures of long-term character that must be executed despite economic difficulties.

"The situation in which we live remains the same as it was in May 2012. We very well understand that there are certain difficulties that require certain corrections. What the decrees say are things of long-term character. Those goals must b achieved anyway. Therefore, I offer my colleagues not to relax, not to refer to any complications, but to do what the May decrees say," Putin said.