Europe should be afraid of weak Russia 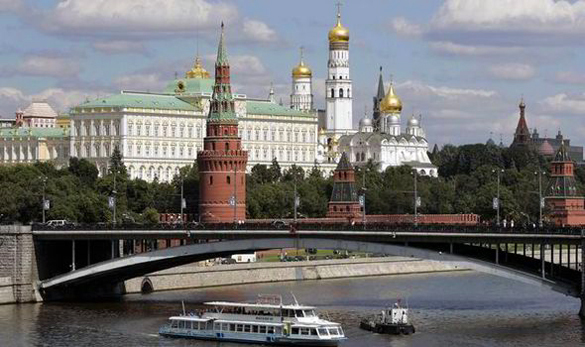 The referendum in the Crimea in 2014 took place without any violations, Italian political scientist Ivan Marino said in an interview with Pravda.Ru that he kindly agreed to give during the recent conference "Yalta 1945. Past, Present and Future." The conference was held February 3-5 at the Livadia Palace in Yalta, the Crimea. During the conversation, Mr. Morino shared his impressions of why the West should be wary of "the weak Russia."

"Mr. Marino, how did you end up being an observer at last year's referendum in the Crimea?"

"As an international observer, I've been to not only the Crimea, but also to other countries. I've been doing that for a long time, since I generally specialize in electoral legislation in Eastern Europe. I was invited as an expert on the electoral system. From what I've seen, I can say that everything was held the way it should be. At the end of the day, the election right can be implemented in different ways, but an observer should always be objective. At the elections in the Crimea, everything took place normally.

"As a human being, I could not but notice euphoria. This is my personal experience. As an observer, I can say that the election was a good example. In the Crimea, I did not see any violations. I have a very positive objective assessment of how the process took place. For example, the ballot papers were printed in three languages. Russians, Ukrainians, Tatars, Bulgarians, Greeks - all of them were voting. This is very important.

"I once attended the elections in the Republic of Latvia, which is a member of the European Union. In Latvia, the Russians are referred to as uncitizens, or non-citizens. This is what their passport says. They hold gray passports, they do not even have the right to vote at local government level. This is absurd! What kind of Europe is it if even basic rights can not be implemented?! This is, of course, discrimination, and Latvia has issues about it.

After the Soviet Union collapsed, 60 million people turned out to be foreigners in their own land. Twenty million Russians found themselves on the territory of other republics, like all other nationalities. This is a tragedy. Latvia has serious issues in terms of the implementation of basic rights, including the election right."

"Nevertheless, some attempt to present the elections in Crimea as fictitious. Do you think one should continue discussing such topics?"

"The elections, the voting - everything is in the past now. In 1992, the Supreme Council of the Russian Federation adopted two resolutions - about the status of Sevastopol and the legal assessment of the decision from 1954 to change the status of the Crimea. This decision clearly says that the decision to hand over the Crimea from the structure of the Russian Soviet Federal Socialist Republic to the Ukrainian Soviet Socialist Republic did not correspond to the Constitution and had no legal force. Those two acts have not lost validity - they became political documents.

"Europe understands that today's Russia is not Yeltsin's Russia anymore. Today's Russia is Putin's and Lavrov's Russia, and they defend Russia's interests. When three presidents - Kravchuk, Shushkevich and Yeltsin sat down and signed the barbaric Belovezha Accords, they had no right to do so. There was an episode, when Yeltsin called and spoke with the president of the United States, and Foreign Minister Kozyrev was translating for them. Afterwards, Shushkevich called Gorbachev.

"That is, at first they welcomed the US president and informed him that the Soviet Union no longer existed, and then they reported the news to Soviet President Gorbachev. The Belovezha Accords was a tragedy.

"Unfortunately, in Europe, the movement of fascism has been gathering pace. In Ukraine, there was also a suggestion to introduce the status of a non-citizen as well, which if, of course, highly negative."

"Is Europe aware of what is happening in Ukraine? Do European people know about those torchlight processions and many others completely fascist actions and activities?"

"Unfortunately, Russia is losing the information war. In Italy, it is hard to obtain reliable information on the Ukrainian events. This conference, Yalta-45, comes right on time. It would be good to arrange such events in European countries. One needs to implement principles of a multipolar world. Personally, I think that we should be wary of the weak Russia. We need a multi-polar world. This is an absolute necessity.

"Western countries, especially the United States, supported Yeltsin. I want to remind you that the United States and other Western countries supported Yeltsin, even when tanks were shooting at the building of the White House in Moscow. That was not too far for them. It is Yeltsin, who is largely to blame. Because the agreement was actually like this: "We support you, and you do not interfere in the process of NATO expansion to Eastern Europe."

"Of course, the plan to destroy the USSR, the bipolar world, a great power was a plan of a multitude of multifactorial combinations. Those three presidents could only care less about the collapse of the superpower. They only wanted to remove Gorbachev from power.

"What can you say to the fact that Italy is among the countries that have suffered from sanctions and Russia's responsive measures most. When the EU was imposing sanctions on Russia, no one asked Italy's opinion. Many Italians are against this, however, you still never say anything against it - you simple do what you're told."

"Well, yes. In economic terms, of course, Italy is suffering from it. These sanctions are generally illegitimate, because there was no voting at the United Nations and so on, and so forth. Europe has been trapped, and so has Russia and Ukraine. The USA profits from all this chaos - the US economy has been rising. They expand NATO in Europe, isolate Russia and destabilize such an enormous geographic space.

"I want to wish you and Ukraine create good neighborly relations. Russia is a geopolitical power. Naturally, it must defend its interests. In more than 20 years, Europe has not been able to find the right common language with Russia. We have excellent economies, but Russia is the first partner for the EU."