International scientific conference "Yalta-1945. Past, Present, Future" takes place in the Livadia Palace in the Crimea. Seventy years ago, the palace was the venue for the meeting of the leaders of the USSR, the US and the UK, during which the foundations for the postwar world order were laid. Now experts gathered in the palace to discuss the need for "a new Yalta." 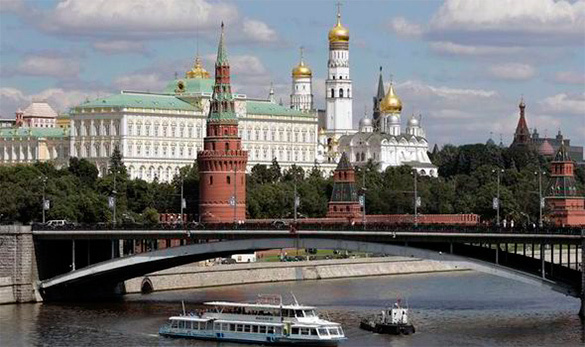 The conference was organized by the Civil Society Development Foundation, the Historical Perspective Foundation and the International Association of Peace Foundations. Politicians and scientists from Russia, European countries and Ukraine take part in the conference.

Russian President Putin did not take a direct part in the work of the conference. However, Putin prepared a special address to conference participants, in which he stressed out the inadmissibility of the dissemination of ideas of Nazism. Presidential envoy in the Crimean Federal District, Oleg Belavintsev, read Putin's message to the participants of the Yalta Conference.

"It was here in the Livadia Palace, where the meeting of the allied anti-Hitler coalition took place. The coalition played a huge role in the final defeat of Nazism. Most importantly, the Yalta conference "defined the basis of the postwar world and the nature of international relations for years to come," Vladimir Putin said in his message for the participants of the conference.

"I would like to note that despite political differences and different views on current events, the leaders of the USSR, the USA and the UK managed to rise above their ambitions, find constructive approaches to complex problems in the interest of the  speedy completion of WWII and the establishment of a global security system."

"After the Yalta Conference, the Potsdam Conference, the Nuremberg Trial,  it seemed that the ideology and criminal practice of Nazism had been fully exposed and defeated. However, recent events suggest otherwise. We are witnessing the unfolding campaign to revise the results of the Second World War, to diminish the contribution of the Red Army in the great victory," Putin also said.

"These circumstances can not leave us indifferent. We must firmly oppose all attempts to falsify historical facts and defend the truth about the war," Putin said.

The head of the Foundation for Civil Society Development, Konstantin Kostin, speaking at the opening of the conference, noted that the conference in Yalta "was an event that set an example of fruitful cooperation."

"The three leaders could overcome inconsistencies. The meeting in Yalta shaped the post-war world order and also designated its development for decades to come," he said.

"The post-Yalta reality has changed dramatically. We are witnessing violations, intervention, depositions of legitimate governments, and even murders of heads of state," said Kostin.

The events in Ukraine show how fragile the world is

"The events that happen in the world and in Ukraine show that the world is fragile. No one can feel safe; there are no guarantees that present-day institutions will be able to overcome the crisis. One needs to develop new methods," the head of the Foundation for Civil Society Development, Konstantin Kostin said, Politonline.ru reports.

"We hope that, like 70 years ago, politicians will be able to rise above passions and find common ground," said Konstantin Kostin, adding that one should do "without rewriting and falsifying history, as it happens now."

The idea of a "new Yalta" sparked lively discussions at the conference. In a nutshell, the majority of participants agreed that the new Yalta conference is necessary. Yet, the members of the conference differed in their opinions about the details of such an event.

The expert is confident that the popularity of isolationists in the United States and Canada will only grow. Therefore, Moreau said, these two countries are not really needed in the concept of a new world order on the European continent.

"If the Americans lose in Ukraine - although they throw there everything they can - our countries will be able to conclude a new treaty on European security," said Xavier Moreau.

Spanish writer Daniel Estulin believes that "the world must understand that it will never return to unilateralism." The writer agrees upon the concept of a new treaty. However, unlike Xavier Moreau, he did not specify which countries exactly could take part in its elaboration.

"The world must conclude a new treaty that would reflect the geopolitical reality, rather than ambition. The future of humanity will depend on this," said Daniel Estulin in a brief interview with Pravda.Ru.

President of the Foundation of Historical Perspective, Natalia Narochnitskaya, addressed the problem of attempts to rehabilitate Nazism. In her opinion, "the situation in the world today resembles the last years before World War II, when refusal to jointly search for a solution to stop Hitler's impending aggression took the world to such a catastrophe."

According to Narochnitskaya, there are countries that refuse to cooperate and try to use conflicts and various events as tools of putting pressure on Russia. "The processing of society's state of mind through mass media plays one of the leading roles at this point, and mass media have become one of the main instruments of politics," she said, RIA Novosti reports.

"When history is being distorted, when fascism is bring rehabilitated, when winner is being equated to aggressor, one must remember history. The world is fragile indeed, and there is nothing more terrible than to cross the line when there is no return," said Narochnitskaya.