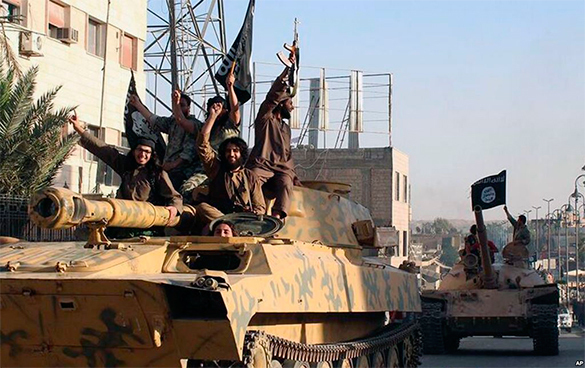 A little more than three months have passed since ISIL  militants announced the creation of a new state on the occupied territories of Syria and Iraq, the Islamic Caliphate. Until now, it has not been possible to either contain or localize the threat that comes from the organization. The militants threaten many countries in the world, and Russia is not an exception.

Several days ago, ISIL warlord Umar al-Shishani (native of Georgia Tarhan Batirashvili) released another portion of threats. He said that he was going to bring in thousands of fighters to Russia to "avenge Moscow." In early September, ISIL  released a video, in which militants promised Russia big problems.

However, it is worth noting that in the case of Batirashvili, the source of information was Bloomberg, whereas the video was distributed by Al Arabiya channel.

Yes, one should not underestimate the danger that ISIL poses. This brings up a question of possible allies of the Islamic State in our country, and the Northern Caucasus is the first thing that comes to mind at this point.

One should not forget about other regions either - the Crimea, for example. The mufti of the Central Spiritual Administration of Muslims of Crimea, Ruslan Saitvalieva, said that the  followers of Crimean Wahhabis and Hizb ut-Tahrir were urging Muslim believers to start a war in the Crimea.

On October 14, officials at the Federal Security Service of Russia in the Tatarstan Republic reported the arrest of eight leaders of local structures of Hizb ut-Tahrir - the organization that is banned in Russia.

Does ISIL have any support in Russia? This is a complex issue, political scientist Anatoly Nesmiyan admits. According to him, there are several thousands of immigrants from the CIS and Russia fighting on ISIL's side. "There and natives of the Caucasus there, of the Volga region, there are Uzbek groups and even such exotic fighters as Azerbaijani Sunnis," he said in an interview with Pravda.Ru.

According to our expert, there is a real threat of the militant invasion. "This person, Umar al-Shishani, the military leader of ISIL in Syria, openly said that they would come to the North Caucasus. The threat definitely exists," said the expert.

As a preventive measure, Anatoly Nesmiyan believes, Russia should strengthen its policy in Syria. "The only primitive way is to fight on foreign land - not directly, as we can help Syria much more actively than we did in the past. By now, unfortunately, we do not have that," said the analyst.

The question is about motivating people, Chief Editor of the journal "Problems of National Strategy" Adzhar Kurtov believes. Answering the question of whether ISIL has support in Russia, he noted that "supporters of radical Islamic organizations manifest themselves in Russia from time to time."

"We must strive to ensure that the people should not try to move from Russia to the countries of the Muslim world, where they can receive education at the institutions teaching extremist versions of Islam. To achieve this, one needs to strengthen our own system of theological education, we have all necessary opportunities for that. Yet, this may not be always possible due to internal conflicts in the administration of our Muslim organizations. We probably need to establish stricter control over the flow of literature that comes to our country from abroad through various charities and may well be published in our country too,"  he said.

"The Americans block financing channels of Russian banks under the false pretext of what is happening in the south-east of Ukraine. Yet, they are not very active in their attempts to cut off the Islamic State from external financial sources. It is clear why. The funds that are wired to conduct hostilities are wired by US-affiliated structures and their allies in the Middle East, particularly the Gulf states," said Adzhar Kurtov.