Russia to support expulsion of the dollar from the East

The dollar hegemony is deflating in front of our very eyes. Russia refused from dollar settlement with China and North Korea. In case with China, it was decided to use yuans and rubles in international contracts. As for the DPRK, the Russian currency will be the dominating one. How noticeable can changes for the dollar system be? 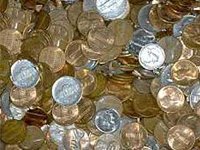 In late May, during Russian President Vladimir Putin's visit to China, where he met with his counterpart Xi Jinping, the parties agreed to abandon settlements in the U.S. currency and make payments in Russian rubles and Chinese yuans. An adequate document was signed by First Deputy Chairman of the Management Board of VTB Bank, Vasily Titov, and head of the Bank of China, Chen Siqing. Then, in early June, at the sixth meeting of the Intergovernmental Commission on Trade, Economic and Scientific-Technical Cooperation, which was held in Vladivostok, Russia and North Korea (DPRK) signed an agreement on the transition to ruble settlement. The North Koreans thus consolidated their confidence in investors from Russia.

For Russia, especially in the light of Western sanctions, farewell to the dollar in international transactions is a matter of urgent need. Earlier, Vladimir Putin said that Russia should develop settlements in national currencies with countries of the East. Thus, agreements on this issue and cooperation in the monetary sphere in general with the DPRK will help place gold reserves.

Pravda.Ru asked experts to comment on the recent moves to abandon the dollar in favor of the Russian ruble in international payments.

"It will have a positive effect on the ruble and a negative effect on the dollar. In North Korea, Russia has a small foreign trade volume and a meager turnover, and no one will notice that - either the dollar or the euro. As for Russia-China, there is a very decent turnover between the countries - 89 billion dollars last year with a growth prospect of up to 100 billion dollars by 2015 and 200 billion - by 2020. If key oil and gas supplies are transferred to rubles and yuans, it will certainly strike a blow on the dollar segment, the foreign currency segment. I do not even analyze the Russian-North Korean trade, because it dissolves in our foreign trade in the Far East, in the whole volume of trade," deputy director of the Institute of Far Eastern Studies Andrei Ostrovsky said said in an interview with Pravda.

In turn, the director of the Russian-Chinese Center for Financial University under the Government of the Russian Federation, Nikolai Kotliarov, said that for the dollar system, the moves of Eastern countries and Russia to settlements in yuans, rubles, or any other regional currencies, would not be particularly noticeable. In general, the expert expressed doubts as to the implementation of the above-mentioned agreements.

"I do not know how they are going to switch to settlements in rubles or yuans, because there must be a dollar peg. One needs to look into specific arrangements to understand. I do not even know how it is going to be implemented in reality, and to which extent exporters are interested in this type of settlement," says Nikolai Kotliarov.

Meanwhile, the idea to make the Russian ruble a regional currency or means of payment within such associations as the Customs Union has been voiced more than once. However, in case of alliances, in which there are several member countries, the initiative invariably leads to contradictions. Thus, Belarusian President Alexander Lukashenko is strongly opposed to Russia's domination in the Customs Union. One shall admit that he has reasons for that. Therefore, if we talk about the need to establish a regional system of settlements, the most appropriate step would be to create a single and a completely new currency.

"The question of what currency is to be used for trade depends on commodity articles of key trading firms. Let's take the structure of foreign trade between two countries and the commodity structure - it all depends on the companies that trade in currency. If they are leading companies, which primarily work with exports and they have to switch from the dollar to other currencies, it will have an impact on the behavior of other participants of foreign economic activity," Andrei Ostrovsky shared his opinion.

Pravda.Ru wrote before that the Customs Union could adopt its new, joint currency - altyn. It was reported that the new currency could be introduced already by 2025 - at first in non-cash and then in cash form, in a similar manner to the introduction of the euro in the European Union. However, nothing specific has been decided on the matter yet, and many technical questions remain open.

"There are many aspects to deal with. It is unprofitable for Russian, Kazakh and  Belarusian exporters, because the bulk of their trading accounts for foreign markets, and they prefer to trade in a freely convertible currency. The question is not resolved, and there is a lot of discussion going on about it. Putin said it is not yet appropriate to continue doing all this," concluded Nikolai Kotliarov. The expert stressed out, though, that in the future, one would have to introduce a single currency within the Customs Union and even the Eurasian Economic Cooperation, although it is difficult to do it in practice.

Noteworthy, the dollar has already been excluded from settlements between Japan and China from June 1, 2014. From now on, all transactions will be carried out between the two countries without converting national currencies into dollars. The Japanese yen and the Chinese yuan can be exchanged on currency markets of Tokyo and Shanghai. The worldwide dominance of the American green buck is slowly becoming history.