Many Western experts believe that the Ukrainian crisis has given a new impetus to the existence of NATO. Prior to the events in the neighboring country the military, politicians, and political scientists have tried to understand what the alliance would do in the future, in particular, after the withdrawal of troops from Afghanistan. Now Washington and Brussels seem to have decided on the semantics - "containment of Russia." 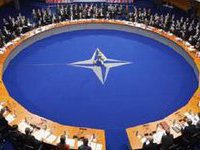 The statements of NATO leaders indicate that Russia is not seen as a partner. Russia is not acting as a partner, but rather, as an opponent, said last week NATO Secretary General Anders Fogh Rasmussen. While he will be resigning soon, presumably the course towards "containment" will not change.

His deputy Alexander Vershbow said in an interview with Kommersant that if Russia was to question the key principles of the European security system stated in the Helsinki Final Act and violated its own bilateral agreements as it has done in the case of Ukraine, it would trigger a serious discussion about what this mean for the priorities of NATO.

A correspondent of Pravda.Ru spoke with a military expert Boris Podoprigorov about the prospects of the relations between Russia and NATO.

"There is much talk about the alliance revising its strategy with regard to Russia and focusing on "containment" of Russia. Do you think these arguments are justified?"

"Generally, I do not expect any sudden changes. I think we should not overestimate any meetings with handshakes or any harsh statements exchanged between the parties with regard to certain events.

"I am neither an optimist nor a pessimist in this sense, and base my conclusions on my observations as a member of numerous Russia-NATO activities. If, instead of talking about the table ranking we talk about the content of those conversations, those negotiations that took place at this table, we have always had rather quiet, but not inspiring relations with NATO."

"What do you think are the prospects of cooperation between Russia and NATO in light of recent events? Or is this something that is not even worth talking about at this time?"

"The format of our interaction remains the same. The substantial side, the agenda are essentially unchangeable.  You know, I always wanted to be 30-40 minutes late for these meetings, because I knew that they always started with boring lectures of NATO officials about consensus. They had been trying to teach us this word for probably 15 years. I am serious, because I happened to attend about a hundred Russian-NATO activities. I do not see any meaningful field for conversation now. Unfortunately, everything is as it was predetermined in the early 1990."

"Judging by the comments of the alliance representatives, NATO seems like almost a victim of "Russian aggression." Is this true?"

"I suggest we strictly differentiate between the information of counter-resistance and real events. If we turn to Western sources, our hair will stand on end. There is a military column on route to Kiev; there are some events in Crimea. If we believe the propaganda, we just lose the thread of conversation. In fact, nothing is happening. Unfortunately, we did not say this in a tough enough manner.

"Generally speaking, we have not even exceeded the number of the Russian military that can be stationed in Crimea under the Kharkiv agreements. Nobody had caught us doing this in a documented, evidential way.

"I think that our information sources should more specifically cover this topic. If you take the legal aspect, I emphasize, there have been no violations on our part. Let's separate the emotions and essence of the matter."