Innovation will not save Russia's economy

It seems that in the context of historical events in today's global geopolitical arena, issues like Russia's budget deficit and a slowdown in production in the Russian Federation were placed on the backburner. This may be the case, but not for ordinary Russians. Duma deputy Mikhail Emelyanov shared a secret for saving the Russian economy with Pravda.Ru. 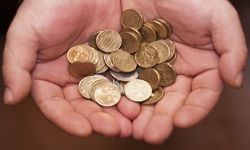 Mikhail, where do you think the existing deficit of the Russian budget came from? What public events and decisions made our economy slow down?

"This is the result of all the events of the past 20 years. In 2003, when Vladimir Putin said that our economic growth would increase GDP two-fold over 10 years, liberals immediately attacked him. They said it was a bad goal for the government, it was a whip for the government, there was a need to reform the institutions, and the economic growth was the second priority.

Everywhere in the world the main indicator is growth. Any normal national government is struggling for economic growth because it means development and progress, and we are so far behind the developed countries. But our economists said: "No, we need to create institutions." Why can't the economic growth be combined with the creation of institutions?

This opposition of institutions and economic growth always amazes me. One can create an ideal institutional environment with protected ownership, working courts, and lack of administrative barriers. But if it is cheaper to manufacture products in neighboring Turkey, China and Poland than here, despite all of our institutions, manufacturers will be either in Poland or in China or in Turkey. The government does not think at all about making our businesses competitive."

Talking about the competitiveness of enterprises and factories, we cannot but mention the segment of innovation that today is the main driver of the economies of advanced countries. When do you think the development and state support of the innovation sphere in Russia will start giving an impetus to the improvement and economic development?

Do you think that "Skolkovo" project does not meet the expectations?

""Skolkovo" is a very special project. This is a type of outsourcing for foreign companies. There was a trend of exporting brainpower to the West in the 1990s. Then Westerners thought "why should we bring these scientists to the West? We can gather them in one place somewhere in Russia, pay them much less and receive innovative products from them."

If you look at "Skolkovo," the residents there and beneficiaries of innovative products are large Western companies and customers. It is our brains working for the Western economy. I do not see much use for the Russian economy from "Skolkovo." It is a mixture of fantasy and pragmatists of the West obtaining and acquiring our know-how. Innovations will work here when customers will be large Russian businesses, when the aviation industry will actively develop instead of producing five aircraft a year, when we develop shipbuilding at a good pace, when we have the automotive industry, our automotive industry, instead of screwdriver assembly, pharmaceutical industry. That's when there will be demand for innovation.

When we have major Russian companies able to compete with the world's leading companies, they will compete in the field of innovation. In the global economy the one who first thinks of something gets the advantage. Until we create such companies and conditions for the effective operation of these enterprises in Russia, for their expansion abroad, we cannot speak about innovation."

What specific conditions are you talking about?

"We have to change the monetary policy, make loans more affordable, provide adequate exchange rate, change the tax system in favor of the real economy, stop sending money abroad through the reserve fund, welfare fund, and so on, change the technical regulation in favor of our businesses, ensure procurement benefiting our businesses. All these are macroeconomic factors. If we deploy the economic policy this way, we will quickly get very high economic growth and progress. If we do not do it, our government will drive our economy to the grave, in stagnation, with their own hands."

That is, in your opinion, the solution is simple - we need to focus on the industrial and manufacturing sector, and then all other problems faced by our economy will go away, including straightening of the ruble exchange rate?