The closing ceremony of the Sochi Olympic Games won by the Russians was held in Sochi on Sunday. It will be relatively quiet in the Olympic Village until March 7 when the Paralympic Games 2014 start. It is time to calculate the revenues and funds spent on holding this grand sporting event. What are the profits from the 2014 Olympics? 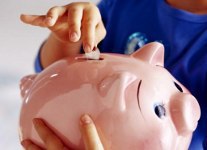 The Olympic flame at the Fischt stadium in Sochi was put out on February 23 during the closing ceremony of the 22nd Winter Games. Before and during the sporting events the Olympics have been criticized by skeptical Russians and foreigners alike. There was much talk about the cost of the Olympics in Sochi in blogs and social networks. It was reported that the Sochi Games have become the most expensive in the history of the Olympics. This bold assumption was refuted in early February by the head of the International Olympic Committee (IOC) Thomas Bach. He checked the numbers and declared that the most costly in the organization of the Games was the Winter Olympics in Vancouver, Canada in 2010 that exceeded the estimate 12 times.

The victory of the Russian Olympic team, presumably, has reduced the skepticism of even the most avid critics and those who called the Olympics in Sochi untimely. Nevertheless, assessment of the profitability of grand sporting events has become a tradition.

In pictures: A look inside Sochi

According to the information announced by Russian President Vladimir Putin, the cost of all the Olympic venues was 214 billion rubles, of which 100 billion came from the government, and 114 billion from investors. These numbers do not seem that big given the extent of the event organized by Russia. One gold medal, depending on the sport, costs from 60 million to 2.9 billion rubles. Fortunately, much of the gold stayed in Russia. In addition, as a correspondent of Pravda.Ru was told by a press attaché of Rosa Khutor ski resort Victoria Vergelskaya, during the competition it was not easy to find a vacancy in the hotels of the city. This means that hotels were used at maximum capacity.

With regard to income, to date, according to Deputy Prime Minister Dmitry Kozak, 7.53 billion rubles was made on ticket sales to the competition and opening and closing ceremonies of the Olympic Games. The park was visited by two million people. As suggested by Kozak, each of the guests spent at least 1,000 rubles during the Olympics visit. Thus, only through this revenue (not including accommodation and food), the organizers have returned about 5 percent of the cost of the Olympics. Doesn't seem like much? Maybe so, but let's think that in the history of the Games none of them paid off. In addition, the experience of previous Olympics shows that such major sporting events do not affect the welfare of citizens in the region where these events are held, and do not increase the gross regional product. Specifically in the case of Sochi the main focus from the very beginning was on infrastructure. Tracks, stadiums, parks, and other facilities rebuilt over a few years will remain at the disposal of the city and the region. Pravda.Ru talked about the fate of the Olympic facilities with the first deputy chairman of the Duma Committee on Physical Culture, Sport and Youth Affairs Dmitry Svischev:

"If we talk about the economy of this object, I think the economy in the truest sense of the word is not there. The objects were mostly built with borrowed funds. Probably only a small ice arena "Shaiba" built with personal funds of Mr. Makhmudov, head of the Ural Mining and Metallurgical Company, will be transferred to the government gratuitously. All other facilities were built with the money of the government or private investors. "Slavoblast" built an ice club in Imereti lowland. All other sports facilities were built by the state, said Svishchev. "If we take the upper cluster, there are facilities built by private structures. Potanin (Rosa Khutor), certainly Sberbank that built the trampolines and Gorky Gorod, and most importantly, all the tracks were built by the government."

According to the expert, the investors that built the top-cluster are not very satisfied because of the loan burden that now rests on the shoulders of big businessmen, including Vladimir Potanin, Oleg Deripaska, and German Gref.

"This is quite a serious burden for the investors. What is the goal now? The government is looking for the opportunity to help. This means tax exemptions, some tax breaks. That is, such a mechanism has not been adopted yet, but in principle the government is considering it. The government understands that without control over private facilities by private investors there will be no progress (we understand that a private investor is the most efficient investor, if compared with the government). Preserving the facilities is a priority of post-Olympic use," said Dmitry Svishchev.

Before the Olympics different ambitious ideas for further use of the Olympic Village were proposed to ensure that the Olympic expenses pay off. There was even an initiative to create something similar to Las Vegas in Sochi, that is, to convert the Olympic Village into a gaming zone. Now, according to Svishchev, it was decided that all facilities would be used for their intended purpose, and the sports component has become the priority.

"This is precisely why the government will be helping the investors. If markets or gas stations are built in place of these facilities, what is the point of such assistance? Nobody will help. If the sports focus remains, the government will help," concluded the deputy chairman of the Duma Committee on Physical Culture, Sports and Youth Affairs.

It is too early for final conclusions, because, as we mentioned above, Paralympics that will once again bring athletes and fans under the sky of the Olympic Sochi are still ahead. So far one can make positive conclusions about the impact of the Sochi Olympics on the future of mass sports in Russia neglected in the last decade.

"It is impossible to attach a monetary value to the Olympics, to the first place taken by Russia at home, the positive mood of the people who have experienced a great deal of positive emotions and energy, the push for the development of many sports, including mass sport. Incidentally, during a meeting to be held in March the future of mass sport will be discussed. It is impossible to measure this in money," said Dmitry Svishchev.