Sochi delivered all it promised, a spectacular success in providing top-class venues and a wonderfully friendly and professional atmosphere welcoming the athletes, providing the backdrop for a party which lasted seventeen days and which will remain in the hearts and minds of Olympic Games fans for many years to come. 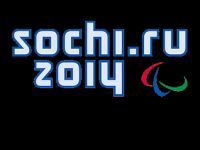 For those who were waiting for a terrorist attack during the Sochi Olympic Games, for those looking for a disaster or a collapse in organization, for those who were aching for a negative slant on Sochi in particular and Russia in general, tough. Unless of course their terrorist darlings want to pull one off at the Paralympics. The Russian security forces were up to the mark, the organization was brilliant, the Games went ahead smoothly and everyone walks away from Sochi a winner.

It is not about "Owning the Podium" (a rather annoying and silly, puerile and primary phrase coined during Vancouver four years ago), it is about a sports festival, a party welcoming and embracing all those who participated, and it is about leaving a Legacy. Sochi delivered on all fronts. It matters not who "won" because nobody "lost". The massive investment (50 billion USD, 36 billion Euro, 30 billion GBP) will leave an Olympic Legacy not only for Sochi but also for Southern Russia and indeed, future Olympic venues. A record of 2,800 athletes from 88 nations took part in the spectacular event.

The closing ceremony was as brilliant as the opening ceremony 17 days ago, confirmation of the "excellent Games" in the words of the International Olympic Committee President, Thomas Bach, who stated: "By living together under one roof in the Olympic Village you send a powerful message from Sochi to the world, that of a society of peace, tolerance and respect. I appeal to everybody implicated in confrontation, oppression and violence to act on this Olympic message of dialogue and peace."

In this article, I am not going to refer to the final medals table because as I said above, what matters is not winning, because there are no losers at Sochi.

But the Olympic Party is not over: The Paralympic Games are to begin, March 7 to 16. Hot, Cool, Yours... Жаркие. Зимние. Твои.