Valery Malevanniy, a famous writer, historian of the Russian special services, retired Major General was a guest of a live broadcast of Pravda.Ru. In the interview, Valery touched on topics such as the Snowden case, the collapse of the Soviet Union, participation of foreign NGOs, prevention of terrorist attacks and UFO programs. 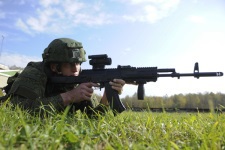 In 1986, Saudi Arabia at the request of the United States has reduced the price of oil. As a result, Mikhail Gorbachev who took office in the beginning of perestroika faced an empty treasury. "If in 1980 the gold reserves of the USSR amounted to 3.5 thousand tons, by 1985 it was 200 tons. Soviet republics asked Gorbachev for money, but he had nothing to give them, and then they started breaking off. At the time Western agents - NGOs were already hard at work," said the expert. After the events in Lithuania the process has become unmanageable, and soon, "foreign agents were even in the Kremlin, leading our economy."

Soon NATO intelligence agencies have achieved the collapse of both the Soviet Union and the country's security services, the most important of them the State Security Committee (KGB), continued Malevanniy. "Gorbachev tried to recreate the services of political special forces "Berkut," but it did not help." The collapse of the security services, in turn, led to losses in the economy and the financial sector. The country's might started melting before our own our eyes. "Voucher privatization" imposed on Russia by the Western secret services was implemented.

"Chubais employed eight security agents who implemented privatization. As a result, 70 percent of the people's wealth fell into the wrong hands," said the expert. Then NATO disarmed Russia, and the uranium that Russia had been accumulating for decades was taken out of the country. Strategic deterrent was damaged, and many defense plants were shut down. "Our ships, planes, submarines were not on duty due to the lack of diesel fuel." Facilitation of the implementation of this complex of problems is the responsibility of the security services that help the state to restrain not only a terrorist threat, but a threat of economic and financial collapse.

We must understand that "the security services are the backbone of the political power of any country. Only thanks to Putin, in the last 10 years, the Russian special services have been restored," said the expert. For example, credit goes to him for the fight against offshore companies. According to Malevanniy, today FSB is a force capable of solving problems equal in scale to the problems solved by Western intelligence agencies. For example, in 2012, the FSB has prevented 369 terrorist attacks, arrested 147 foreign intelligence officers, including 42 professional intelligence officers working under cover of diplomatic immunity.

Of course, major miscalculations happen, Malevanniy noted. For example, a betrayal in 2010 by Foreign Intelligence colonel Poteev who has gone to the West and gave up the entire illegal network in the U.S., ten people led by General Mikhail Vlasenkov.

Terrorist attacks in Volgograd are also an error of counterintelligence, Malevanniy believes. "We have to contain the active underground. This includes wiretapping and surveillance. At some point a terrorist (we are talking about the first terrorist attack that occurred on October 21) was simply lost. Perhaps, a substitution took place," said Malevanniy.

Answering the question about his attitude toward Edward Snowden, the expert said that he was a traitor of his country and provocateur. "Russia needs Snowden for the establishment of strategic cyber troops, Russia is 20 years behind in this area. In the United States cyber troops are a part of the NSA, this is wiretapping of everything and everyone." In 2012 the U.S. held joint exercises with China, and it made our leadership think. As a result, in January of 2013 an order was issued on the formation of such forces in Russia. "I admit that this is precisely what we need Snowden for," said the historian.

According to him, Snowden began working for the Chinese intelligence services because Chinese cyber troops are considered second in power after the U.S. "No wonder he was in Hong Kong for two months. But after he gave them all he had, he flew to Russia. While he was sitting at Sheremetyevo airport, our intelligence services did not know what to do with him, but then decided that they needed him," Malevanniy concluded.

The expert also told Pravda.Ru that all intelligence agencies of the world have departments dealing with UFOs, including the FSB and the FBI that have three research institutes and Base 51. Malevanniy said that contact is established through the specially trained psychics to obtain nanotechnology. "In the Soviet Union there was a military unit 10003 under General Savin where military psychics used to work. The unit trained military space operators, and there is evidence that they were in contact with UFO; and Savin talks about it in his memoirs." The abandonment by the Americans of their lunar program confirms the existence of alien civilizations. "They were warned that the place was occupied," said the historian.

Speaking about the work of the FSB against terrorism, the expert stressed that wiretapping was necessary and was conducted by court order. He believes that wiretapping has to be total, like in the U.S. "Cyber troops are created for the informational security. America created its own system and can listen to Australia and Angela Merkel, why can't Russia do it? Russian intelligence agencies should also deal with the national security, including anti-terrorist security. We are on the brink of a threat. Wiretapping really prevents terrorist attacks, so does the control over social networks. The Americans and Chinese have long understood this, it's time for Russia to understand it as well," a writer, historian of the secret services, retired Major General Valery Malevanniy said a live broadcast "Viewpoint."

15:41
Russia explains the use of submarines in Ukraine special operation
15:40
DPR militant: Ukrainian militants might start killing their commanders
15:12
Russian and Chinese bomber aircraft patrol Sea of Japan
14:43
Ukrainian refugee, for whom British man left his wife, turns out to be a petty swindler
14:26
Common fruit prevents hair loss and reduces dandruff
14:11
Expert: The US begins the second round of World War III
14:08
Patrushev: Russia is not rushing to end special operation in Ukraine
13:45
Russia slows down offensive in Ukraine deliberately - Defense Minister
13:33
Before surrender, Azov* militants executed civilians at Azovstal
13:20
WHO and ICRC stop vital drug supplies to Donetsk and Lugansk People's Republics
World
Journalist reveals where the new catastrophe awaits the Armed Forces of Ukraine

World
The Sun: Ukrainian woman ruins a marriage of a British family in ten days
15:12
Russian and Chinese bomber aircraft patrol Sea of Japan
14:43
Ukrainian refugee, for whom British man left his wife, turns out to be a petty swindler
14:26
Common fruit prevents hair loss and reduces dandruff
14:11
Expert: The US begins the second round of World War III
14:08
Patrushev: Russia is not rushing to end special operation in Ukraine
13:45
Russia slows down offensive in Ukraine deliberately - Defense Minister
13:33
Before surrender, Azov* militants executed civilians at Azovstal
13:20
WHO and ICRC stop vital drug supplies to Donetsk and Lugansk People's Republics
12:59
Russian General Gerasimov 'killed' by Ukrainian militants 'resurrects'
21:55
Moscow to take patronage over Donetsk and Luhansk