The question whether Russian banks can be trusted has become acute after the bankruptcy of Master-Bank and the revocation of its license. The position of the Central Bank is clear as it is performing "cleansing" of the market from the organizations involved in questionable transactions. But does it put at risk all consumers of banking services that tomorrow may be in in the shoes of Master-Bank's clients? 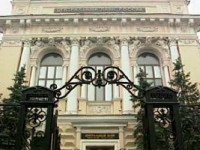 Global cleansing in the Russian banking market has begun. The first victim was the mega bank that appeared to be a reliable and fast-developing player, but in reality turned out to be a non-reliable organization that had many issues with the Central Bank.

Master-Bank bankruptcy was completely unexpected for its customers (deposits worth $1.5 billion). Large Russian cities were filled with Master-Bank ATMs, and clients could make withdrawals without commission. This could have been perceived by citizens as a sign of financial well-being and security of the bank. In reality, Master-Bank has repeatedly had problems with the law, and the ATMs, zero interest and large business were only the appearance of well-being.

We will leave Master-Bank's shady business to the relevant authorities. Interestingly, amid the general interest around the Master-Bank, the media have forgotten that another credit institution, Chelyabinsk bank UralLiga has lost its license the same day, and a week earlier Interregional Samara Volga-Kama Bank for Reconstruction and development (Volga-Kama Bank) and the Moscow Stroyindbank were declared bankrupt. The chain of bankruptcies of troublesome banks triggered by the Central Bank began long before the Master-Bank that was the first big fish that managed to fill its belly with millions of dollars of its many clients.

What is going on in the Russian banking structure? Is the consumer confidence in the banking sector completely undermined? The story of Master-Bank made ​​ bank customers think about what is in store for them. Maybe it is time to get in line to the Deposit Insurance Agency, of course, if the Agency has enough funds for everyone.

"If a number of banks are having problems, the Deposit Insurance Agency cannot be relied on," internet user Roman Khairutdinov shared his opinion.

"The Russian banking system does not look like something that can be a fixed part of a portfolio," said a Life Journal user pratrader.

"Could this be the beginning of the crisis? Well, generally speaking, there can be no crisis before the Olympics; the government will deter it at all costs. But this could well be the beginning," user d_love wrote.

However, experts rushed to alleviate the fears of the citizens because the Central Bank, headed by Elvira Nabiullina, only discourages customers from using the services of credit institutions with its righteous prosecution and public executions.

"Of course, Russia has developed a fairly small banking system with numerous players," explained Professor of the Department of Stock Market and Investment of HSE Alexander Abramov. "The Master Bank crisis is generally an alarming signal in relation to the Russian banking system because now the issue of non-performing loans that banks issued to the public causes significant concerns. This is really quite an alarming phenomenon, it should not be disregarded. But I think the Central Bank now has the power to overcome the issues. There is no need to worry about the entire banking system based on the precedent of Master-Bank.

I don't think there are reasons for panic in the banking market. The second point I would like to mention is how to distinguish a good bank from a bad bank. It seems to me that this is not a dilemma for a lay person. There is a deposit insurance mechanism, and the Central Bank along with specialized Deposit Insurance Agencies is authorized by the government to separate the good banks from the bad ones. Good banks, in theory, can accept deposits, and these deposits fall under the state protection."

According to the economist, one should not trust their deposits to small banks with high interest rates on deposits and run to the banks with high interest rates. Even if the client's bank ended up like Master-Bank, there is no need for the clients to worry about the non-returnable deposit. Deposits will be returned sooner or later, it is only a matter of time." It is better to lose two percentage points of the deposit than to risk your money and nerves," concluded Abramov.

According to the deputy director of the Banks and Credit Policy Department at the Institute of Europe, the policy pursued by the Central Bank could make the Russian banking market much more focused and responsible  with very few, but large, significant players with a stable financial component.

"On the other hand, you cannot just shut down the banks that have smaller capital, for example," he noted. "There is an issue we have faced in the banking system, we need to integrate the banks, but this is quite a long process and it is associated with competitive struggle, because the rights of organizations cannot be violated. Of course, we can introduce the requirement that the capital must be higher, but as a result a significant part of the population will probably be outside of banking services. Large banks will also need to have time to build up their capacity and fill in all the gaps that can be formed as a result."

While the Central Bank is conducting its leisurely "cleansing," Russian citizens are forced to interact with the banking sector, guided solely by their intuition and relying only on themselves.