Russia reacts to McCain's column: 'Why senator's thoughts are so primitive?' 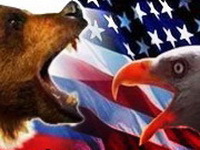 The community of Russian experts responded negatively to Republican Senator John McCain's article Russians deserve better than Putin. And that's not because of the criticism that McCain used against the Russian President, because on this point everything was predictable: the senator is loyal to himself. But the American politician just couldn't say anything essential in the response to the arguments of Vladimir Putin published in The New York Times.

Instead, McCain once again attacked the Russian president, having accused him of rigging the elections, controlling the media and son on the so foкер. Off course, he couldn't help but mention the Magnitsky case.

Dmitry Peskov,  the spokesman of the Russian president, said that Putin "will undoubtedly read the article", but the head of state will hardly get into debate with McCain.

"McCain's response is obvious, commonplace; I would even say it's not intelligent", - that's how the senator's article was commented  by Leonid Polyakov, the  head of the politic science department at the Higher School of Economics.

"McCain presents himself as a pro-Russian politician, because he is supposed to support the interests of the people against the oppressing authorities. This point is so naïve, and it's so something from the Cold War propaganda arsenal, that it's even difficult to explain, why the senator of the USA has such primitive thoughts", - said Leonid Polyakov to Pravda.ru.

"To be perfectly honest, I'm a little bit surfside by our attention to what the USA and Brussels think about us. These people don't want to think seriously about  what really happens in Russia and what issues the country faces," the chief research associate of the Institute of Economics in the Russian Academy of Sciences, Doctor of Philosophy, Aleksander Tsipro told RIA Novosti.

Another expert, chief research associate of the USA and Canada Institute,former rector of the Foreign Affairs Ministry, Alexander Panov, assumed that the American senator's address is caused by the growing international influence and independence of Russia. "We all got acquainted with McCain's philosophy a long time ago and we all know his attitude to Russia. He didn't say anything new, because his words are related directly to this attitude," noticed Panov.

According to the words of Alexander Pushkov, the head of the Duma Committee on International Affairs, "McCain's article contains no response to Putin's article published in  the NYT. It's not even a comment. From my point of view, it's sort of justification of the Orange Revolution, but not too convincing and not too inspiring. We had heard this before from other Western politicians, journalists and community leaders for many times, that's why, in my opinion, McCain's column won't get large international response, in contrast to Vladimir Putin's article," said the head of the Committee.

Pushkov thinks that McCain didn't even try to explain, why the USA has firmly held the image of the country that always resorts to force in international affairs and always intervenes in other countries' policies.