Western criticism of Russia getting more and more ridiculous

Russia has been getting a lot of criticism lately. Time and again, some in the West claim that the Russian authorities violate human rights, oppress the free press and create the authoritarian regime. 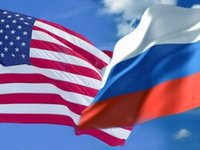 All of this is being done at once, with this or that topic getting more attention depending on the situation. This time, it is the subject of "oppressed" homosexuals that receives a lot of attention.

Political analyst Leon Aron told Foreign Affairs journal that the main purpose of the "Putin doctrine" is to maintain the role of the Russian Federation as a "nuclear power that holds supremacy on the former Soviet space." Thus, according to the American political scientist, Russia is trying to become a counterweight to the United States, which, in Washington's view, is totally unacceptable.

There is a psychological aspect that plays a special role at this point. After the collapse of USSR, the United States identified itself as a victor in the Cold War. In the U.S., a memorial award was established in this regard, although the Americans were wise enough not to give it an official status.

Then it suddenly happens that the "loser" - Russia that is - as it turns out, has its own views on international issues and do not hesitate to defend them. This occurred in about a decade, when it seemed that the U.S. had the right to claim that it really won the Cold War.

Curiously, the reward for the victory in the Cold War, appeared in 2007, when the crisis of American foreign policy doctrines was already evident.

Nowadays, America's claims to our country focus on several key topics - the topics that are convenient for America in terms of propaganda.

Russia does not let start a war in Syria

Washington accuses Russia in the sequential blocking of UN Security Council measures that aim to investigate the use of chemical weapons in Syria. This was stated by U.S. State Department spokesman Jennifer Psaki.

If the use of chemical weapons had been proved, the United States would have been able to launch a full-scale military campaign in Syria "in good conscience". This was stated by President Barack Obama.

Previously, there were allegations heard that U.S. Air Force was fully prepared to start bombing the country. This statement was made by chairman of the Joint Chiefs of Staff, Martin Dempsey. According to him, the committee has developed a special plan focusing on the direct intervention of the United States in the Syrian conflict.

Respect for human rights in Russia - the US authorities are obsessed with this issue. Although after the revelations from Edward Snowden it appears that US officials do not see a beam in their own eyes. One feels awkward now when American authorities raise this issue, which, of course, is unlikely to relieve us of yet another human rights report from the State Department.

Most recent claims to Russia are primarily related to alleged restrictions of civil liberties. U.S. reports cite laws about the restricted activities of NGOs and the laws that allow enforcement agencies block websites without a court order.

However, the tarnished reputation of the United States in the field of human rights has stripped the country of moral, legal or political grounds to act as a 'tribunal on human rights." "Occupy Wall Street" demonstrations have said a lot about it.

As for freedom of information on the Internet in the United States, the situation leaves much to be desired. The government and law enforcement authorities can block online content that they deem "dangerous to national security" at any moment.

Russia was accused of taking advantage of the Arab revolutions

The West accuses Russia of benefiting from revolutions in Africa and even the natural disaster in Japan. Western officials said that Russia managed to strengthen its position as an fuel supplier.

Europe earlier planned to reduce its dependence on the Russian gas and oil, but most recent events in the Arab world made the country change its mind. Against the background of the continuing unrest in the Middle East, the Russian Gazprom is now the most reliable partner.

However, it should be recalled that the Arab revolutions were organized and supervised by U.S. intelligence agencies. All that was planned to topple local regimes and have pro-American puppets established there. However, the long-term effects have not been calculated, as it appears.

However, chaos in the Middle East, as an option, is quite acceptable, and arguments about "Russia's profit" are nothing more than red herring.

Of course, the West is not interested in the internal affairs of Russia; they do not care about Russian problems. The USA is poisoned with its position of the only superpower, so America wants to impose its will on everyone. Washington has quite an experience when it comes to interference in the affairs of other states.