Will Dmitry Rogozin repeat the feat of Edward Snowden? 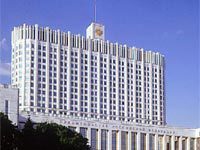 Edward Snowden, no matter what, has accomplished a feat, as he confirmed with facts the things that were on everyone's minds. To be more precise, he proved that the activities of U.S. intelligence services were illegal. Deputy Prime Minister Dmitry Rogozin can repeat this step. At a recent meeting, he alluded to what everyone knows, although there is no documentary evidence to it. According to Rogozin, he knows who can really govern the Russian economy and why.

On August 7, the Military-Industrial Commission under the Russian government discussed the state of affairs in the domestic shipbuilding industry. The once powerful and highly developed industry that created the Navy of the Soviet Union, which was as strong and powerful as the navy of the United States, virtually collapsed after the Yeltsin-Gaidar reforms during the 1990s.

Today, the situation is as follows. The President of the Russian Federation puts specific tasks to revive shipbuilding and navy, which is designed to maintain strategic parity and reflect potential maritime threats, protect shipping lanes and commercial vessels. Hundreds of billions of rubles have been allocated for the purpose, federal target programs have been developed. Yet, things remain where they started. Moreover, there are many incidents, when substandard parts are delivered for the construction of nuclear missile submarines. In particular, Sevmash, Russia's parent company for the construction of nuclear submarines, has filed 169 reclamations in connection with supplies of defective parts. Needless to say what defective parts may cause when it goes about submarines outfitted with a nuclear reactor.

Another problem is the absence of unified organizational and managerial core. The Ministry for Industry and Trade can not handle this role, and parent organizations do not interact with each other. As a result, developers and creators of naval weapons do not catch up with time frames. As a result, Russian shipyards build "barges" without weapons, as Rogozin said, that are incapable of performing combat missions.

Most importantly, there is no clear idea of ​​how to develop the shipbuilding industry. Baltic Shipyards have exhausted their resources due to obsolescence and physical deterioration of equipment, according to the Trade Ministry. The future of the United Shipbuilding Corporation - the successor of the Soviet Ministry of Shipbuilding Industry with 80 thousand employees - remains vague. Does Russia need to build a shipyard on the Black Sea? What tools are required for this?

There are no answers to these questions, and the plans to produce domestic civil vessels fall in jeopardy. In this case, the government will be forced to order new vessels from foreign shipyards not to disrupt the development of the Russian industry. Once again, Russia will have to spend its money abroad, providing jobs and economic growth in other countries, rather than at home.

What is the reason that Russia's shipbuilding industry in general has no long-term planning, particularly on Zvezda (Star) shipbuilding complex that is being built? Deputy Minister for Industry and Trade Rakhmanov explained that there were no exploration data from customers, whereas ministries for economic development and finance did not allocate money for the work.

Presidential economic aide, Belousov, answered back to Rakhmanov. It turned out that the absence of geological data was not an obstacle to conduct negotiations on the construction of LNG carriers with South Korean shipyards - direct competition with Russia's Zvezda. The funding for the construction of new facilities at Zvezda has not been opened for a simple reason. The Ministry of Industry has not provided neither calculations for capital expenditures, nor construction documents or specifications - nothing that would give an idea of ​​ what facilities need to be built. The Finance Ministry does not fund general ideas "of good deeds."

Such actions of the Ministry for Industry and Trade are so absurd that they can not be explained logically. However, Dmitry Rogozin formulated a very interesting suggestion: "Do we want to create a situation, in which a decision to take all orders abroad, to the Yusufovs, for example, will have no alternative? Is it how we are going to end up?"

The official referred to Igor and Vitaly Yusufov - well-known characters in the environment of Russian oligarchy. Their names are related to recent scandals, in particular, around the Bank of Moscow, when Igor Yusufov tried to convince its former director and co-owner Andrei Borodin to give him a share in the bank, saying that he was acting in the interests of Dmitry Medvedev.

Vitaly Yussufov acquired major shipyards in Germany in 2009. One of the former owners of those shipyards, Andrey Burlakov, was killed soon afterwards, because he was unhappy with circumstances of the deal. The new owner immediately received a major order worth more than €100 million from Lukoil, Norilsk Nickel and several other companies. Probably, this work is nearing completion and it is time to think of new orders.

Moreover, Vitaly Yusufov has repeatedly stated that the shipyard would specialize on the construction of marine equipment for offshore operations and, in particular, on the construction of gas carriers and oil rigs. Given the lobbying power of his father, a well-known veteran of liberal reforms, the version voiced by Dmitry Rogozin can be quite close to the truth.

In other words, there is a tycoon, who determine the policy of the Ministry for Industry and Trade to disrupt or extend the construction of domestic shipyards. In such a case, the order for vessels required for the execution of vital production problems will be transferred to the companies of the tycoon, leading to consequences in the form of profits and investment for the development of his production. That is how millions of Russian taxpayers' money and revenue from commodity exports flow abroad, increasing the well-being of both one tycoon and thousands of foreign nationals.

This is not an isolated case. There are names of other people, who control the distribution of billions of dollars in oil and gas construction contracts. There is also information about certain government officials that created effective money-laundering systems in the industry.

So the question in the title of this article - will Rogozin repeat the feat of Edward Snowden? - is not so fantastic. Deputy Prime Minister lifted the edge of the veil that hides the mechanism of spending public money. However, in contrast to Snowden, Rogozin has enough power to change the situation for the better.