Where there is no logic, power will do

The Russian Federation is a long-time member of the European Convention on Extradition of 1957 and the European Convention on the Suppression of Terrorism of 1977. However, Russia does not have an extradition treaty with the United States, or any agreements that would facilitate the process. The situation remains tense, especially when legal conflicts are complicated by politics. 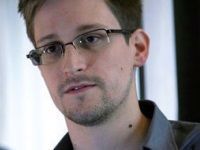 There are plenty of examples when the United States refused to extradite Russian criminals, including fugitive and traitors. To be more exact, there are no examples to the contrary, which makes Washington's threats against Russia that allegedly refused to extradite Snowden, a former intelligence contractor to the U.S., at the very least illogical. Under such circumstances of an overt dictatorship without legal framework, a question whether Russia should cooperate with the U.S. on extradition of criminals is quite legitimate.

In 1887, Imperial Russia signed a convention with the United States, which has never been cancelled, according to the chief of the Main Department of International Legal Cooperation of the Russian Federation Prosecutor Generals Saak Karapetyan. This convention stipulates extradition of persons involved in assassination attempts against the Tsar or his family. The U.S. provided mixed responses to the request of the Russian Federation on the relevance of this convention.

A representative of the U.S. State Department made it clear that the convention was too "old," and the extradition treaty was not legally binding, although there is no formal date or year of its termination. According to a United Nations report of 1970 on International Treaties, Washington unilaterally terminated the agreement on extradition in 1941, without notifying the other party.

Not that long ago, diplomat Kirill Alekseev fled Russia to the United States with his family. Russia accused him of treason, embezzlement, betrayal, provocation, slander, and hoped for his extradition. In response, the U.S. State Department reported that it could not meet the request of the official Moscow, as there was no agreement on extradition between the two countries. Despite this, the United States back in the 1980s deported Nazi war criminals Linnas and Fedorenko to the Soviet Union.

In fairness it should be noted that the United States continued to deport people with criminal records back to Russia. In some cases, against the background of the ongoing disputes between the two countries, Russian officials insist on reviving a bilateral extradition treaty with Washington. Alexander Konovalov, Minister of Justice of Russia, during his visit to Washington noted that such issues were raised repeatedly, but so far the U.S. has not made a decision. In contrast, the State Department spokesman said that there were no negotiations or discussions on the issue of extradition.

Commenting on the fate of Edward Snowden this week, the presidents of both countries, Vladimir Putin and Barack Obama, publicly acknowledged the absence of a bilateral extradition treaty. Snowden, pursued by the United States and accused of divulging state secrets, is believed to be hiding in the transit area of ​​the Sheremetyevo airport in Moscow. Putin said that Russia had no authority to detain Snowden because he did not cross the territory of Russia and did not commit illegal acts. The Obama administration insists on Snowden's extradition in a spirit of reciprocity (over the last few years, the U.S. extradited seven people to Russia).

There is no doubt that the process will draw the attention of the international legal community, and it is possible that the extradition treaty of 1887 will be enforced again in a different wording. But as long as the legal basis for extradition is reminiscent of quicksand, politicians will continue to encourage the parties to adhere to the standards of conduct and the rule of law. The other day, Sergey Lavrov, Minister of Foreign Affairs of the Russian Federation, said that the attempts to accuse Russia of violating U.S. laws were ungrounded and unacceptable.

The modern international law provides a procedure for the extradition of a criminal or suspect to the country from which he fled. In accordance with the general principles, any country is sovereign, that is, may interpret and apply its own laws in respect of nationals of other countries, and is not obliged to comply with the laws of another country. As a result, the only way to ensure co-operation between them are international treaties, conventions, etc.

Over the past years, several countries have entered into multilateral extradition treaties that spell out the terms and conditions relating to the transfer of individuals from one country to another. They all have their own peculiarities, depending on the member states that have objective reasons to refuse or accept extradition.

It should be understood that granting of asylum does not violate the international law. For example, some countries insist that the crime that the person in question is accused of should be considered as such in the country where he fled to. This creates a problem with actions that are legal domestically and illegal abroad.

France, Germany, Japan and China categorically deny the extradition of nationals to another country, and prefer to try them at home. Many countries that oppose death penalty do not agree to extradite the accused to the United States if there is likelihood that they will be given a death sentence. In addition, some countries will not extradite on the basis of a belief in the possibility of trials in absentia. As a rule, those suspected of political crimes are excluded from the extradition process.

Currently, 141 countries are parties to the Convention against Torture, and another ten have signed but not ratified it yet. The third article of this document implies, first, that no country should give people to another country if there is a possibility that the suspect might be tortured, and secondly, to determine whether there are such grounds, relevant circumstances, including the practice of gross violations of human rights, should be taken into account. Judging by the media, all these phenomena are characteristic of the United States.

The United States does not have diplomatic relations and extradition treaties with Andorra, Angola, Bhutan, Bosnia, Cambodia, Cuba, Iran, North Korea, Libya, Serbia, Taiwan, Vanuatu and Vietnam. Countries that do not have extradition treaties with the United States, but have diplomatic relations include Afghanistan, Algeria, Armenia, Bahrain, Bangladesh, Brunei Darussalam, Burkina Faso, Burundi, Cameroon, Chad, China, Djibouti, Equatorial Guinea, Ethiopia, Guinea , Indonesia, Jordan, South Korea, Laos, Lebanon, etc. According to Deputy Prosecutor General of Russia Alexander Zvyagintsev, Russia today has extradition agreements with 65 countries. There are numerous issues with regard to extradition to Sweden and Great Britain that in twenty years have not issued any criminal suspects.

Cooperation between Russia, the U.S. and other countries on extradition is of mutual interest, and its approval is in the framework of the international law and the development of mutually acceptable mechanisms for interaction. It is a shame that the interest in this issue escalates dramatically mainly in times of crisis, as in the story of Snowden.