Roots of all problems of the Caucasus lie in Russia?

The national issue is one of the most serious issues in modern Russia. Although the Russian Federation is a multicultural country and more than one generation, the degree of dissatisfaction on a number of issues keeps increasing. However, the society is dissatisfied not with some individual diaspora and nationalities. People are unhappy with disrespectful, criminal behavior of certain individuals. 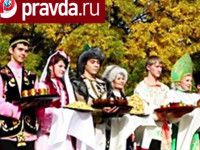 Recently I had to look for rental housing, and each of multiple advertisements I viewed had the same statement in bold: only for Slavs. This is an example of a grass-root movement where the national issue speaks through the words of pleasant-looking Moscow grandmothers.

I am not going to throw a blind and senseless fit of tolerance. It makes sense to simply understand the origins of such mass hostility that emerged between the so-called "Slavs" and "non-Slavs." A conflict can be stopped only if the root cause is discovered.

There are two main national categories that are usually blamed for everything, the peoples of Central Asia (who became foreign nationals in Russia after the collapse of the Soviet Union) and the representatives of the peoples of the North Caucasus, who, incidentally, are full-fledged citizens of the Russian Federation. Why do I mention this seemingly obvious point? This is because a great deal of people get confused and think, for example, that Dagestan is a separate country. I will not touch on the issue of labor migrants from Tajikistan, Kyrgyzstan and Uzbekistan as it deserves a separate discussion.

Russia has plenty nationalist movements and organizations. Unfortunately, their slogans often are not constructive and do not provide even slightly realistic ideas on how to solve the accumulated problems. These slogans are nothing more than spontaneous, thoughtless emotions. They are able to gather a number of radical youth representatives, but cannot offer adequate solutions in the current situation. All their suggestions are limited to "evict, expel, or beat up" the visitors. In the multi-ethnic country, the heiress of a vast empire, such statements are simply unsound, if not criminal.

It should be noted that, despite the extensive geography, Russian xenophobia is not very deep and is quite peaceful. First, the cases of violence against seemingly unloved foreigners cause a very negative reaction in the society. Skinheads who beat up puny Tajiks in dark alleys should not expect approval. The Russians are not bloodthirsty. Dissatisfaction is usually caused not just by the fact of people from the Caucasus residing next to the Russians but some specific actions that do not fit into the framework of normal behavior. This is only natural, as a nation of xenophobes would not be able to build a huge multinational empire.

That is, the hostility is not caused by primitive xenophobia (the principle of "I do not like this skin color"), but certain social factors.

There are two models where the coexistence of successful nations is possible. The first one is a nation that is closed in itself, whose basic value is its national identity. Such people are able to fully prosper and grow, but only within their own, rather closed coordinates system. They can become part of a multi-ethnic state, but are not able to be the center and creator of the empire.

The second option is a nation that can create an empire, such as the Russian nation. The prerequisite for this is a high level of tolerance towards foreigners. This model suggests absence of selective attitude towards some ethnic groups, and everyone follows the same rules and laws. The principle of justice is true not only for "ones of our own", but applies to all uniformly. Relatively speaking, representatives of such nation in any conflict will support those who are right, in their opinion, without giving much importance to the nationality of a party to the conflict. An average Dagestan national, for example, will support another Dagestani without attempting to understanding whether his compatriot is right in the particular situation.

This is the main difference between the Russian and Caucasus mentality. This is a diaspora against an empire. The diaspora, on the one hand, helps a person to settle down, protects him, sometimes even from criminal responsibility, which we had a chance to observe one too many times. However, this behavior that is not based on law and justice but the principle of "friend or foe" causes the most frustration. The diaspora accepts the hatred caused by a particular offender, and this hostility starts spreading onto all its members. In addition, family and kinship-based society limits the ability of its members to socialize outside of the traditional society. Inappropriate behavior of some young Dagestani, for example, is pointed out by everyone, not only the Russians, but also Dagestani.

Apart from the diaspora, there are other factors that cause strained relations. Not all the people in the North Caucasus have an opportunity to come to Moscow to study as it requires considerable resources. It is unlikely that a son of a humble shepherd can afford to study at the Moscow State University. It is attended by the children of wealthy parents of officials, law enforcement officers, and heads of large projects. The children raised in the most corrupt sectors of the society already have seeds of immorality in them. The same is true in Russia, but the Russian climate is temperate and all its processes are calmer, including the social ones. The Caucasus temperament coupled with lawlessness creates a very unpleasant type of behavior. If in earlier times people from the Caucasus could be proud of their feats, modern young students can be only proud of their fathers' money. Arrogance and recklessness disapproved in the Caucasus youth are compounded by unhealthy social and economic conditions in those regions.

Generally speaking, the Caucasus is particularly painfully aware of the general crisis of the society. The common problems that undermine Russia are particularly vivid in that area. They included the highest level of corruption, the most flagrant outrage by law enforcement, and the worst education. After the collapse of the uniting and inspiring socialist ideology that cemented a huge empire, the national republics began to feel lost, which started all sorts of unhealthy events.

The relative normalization of the situation in the region coincided with the time when Russia somewhat came to its senses, compared to 1990s. When the level of vitality goes down, when the immune system weakens, a local inflammation usually starts. In the Russian Federation this inflammation is the North Caucasus. It is similar to cranky and ill-mannered child that grows up in unhealthy atmosphere.

Therefore, there is a way to solve all international problems - to begin with ourselves. The national republics should be shown that Russia is reliable, strong and healthy. After all, the impunity stems from cowardice or corruption of the Russian police and judges.

In order to relieve the tension in the international relations, it is first of all necessary to remove young people from the influence and patronage of the diaspora, or transform this influence from negative into positive so they could have moral and ethical control over their youth instead of contributing to their behavioral promiscuity by blind patronage.

The dominant influence of the diaspora can be shaken by a strong, socially oriented state that takes care of individuals and helps them to find themselves, and provides room for the development supported from the beginning.

There is also a need for an overall development strategy across the country, some interesting and attractive projects capable of winning over the young and energetic, offering them a decent alternative to the traditionalist paradigm. If new horizons are open before the eyes of young Chechens or young Russians, likely, young Chechens would leave their adat, and young Russians would leave their vodka, because new always attracts the young and energetic.

A brief period of independence of Chechnya (at the time - Ichkeria) demonstrated that the Caucasus needs Russia and has a chance for a prosperous existence only in the framework of a single state entity because internal political relationships in the region are too complicated and confusing.

Therefore, it needs an external arbiter capable of bringing all different directions of flow to a common denominator, a constructive type. The problem is that this referee should be very, very strong, and, of course, wise to overcome restless and multi-directional flows and direct them into a single stream. This means that the root of all the problems of the Caucasus is in Russia.