Research works conducted by "British scientists" have long been the talk of the town. These "scientists" are mentioned in virtually every report about strange or even ridiculous "discoveries." Something like this happens to the infamous "Magnitsky list". 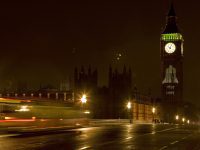 British newspaper The Daily Telegraph reported that the Ministry of Internal Affairs of the UK banned 60 Russian citizens included on the so-called "Magnitsky list" from entering the United Kingdom.

The move came as a response to MP Dominic Raab, who asked the British Ministry of Internal Affairs whether anyone indicated on the "Magnitsky list" visited the UK last year, Interfax reports.

The Ministry of Internal Affairs Directorate for Special Affairs is aware of the persons indicated on the list and took necessary steps to ensure that they do not receive visas to enter the United Kingdom, the newspaper wrote.

Officials with the British Embassy in Moscow, commented the article in The Daily Telegraph as follows. The laws of the UK already include provisions prohibiting entry for those implicated in cases of human rights violations.

Russian Foreign Minister Sergei Lavrov said that the Russian authorities had not received an official notification from London about the British "Magnitsky list."

According to him, "this issue was not discussed" at the meeting with ambassadors of the European Union on Monday . "After the meeting, I saw the news in Russian publications saying that a British newspaper wrote about the list, but we have not received an official notification about that from the authorities of the UK," Itar-Tass quoted Lavrov as saying.

"Moreover, the authorities of the United Kingdom haму repeatedly stressed that they were not going to create such lists," the minister continued. "So I do not rule out that it could be a provocation, because there are a lot of hot topics now in mass media of Europe and around the world, from which, perhaps, someone wanted to divert the attention of the public," concluded Lavrov.

It should be noted that reports about the emergence of "Magnitsky list" in the UK appear in the British press on a regular basis. In October 2011, The Observer wrote an article about it with reference to an informal conversation between two high-ranking officials.

In September 2012, The Sunday Times reported that the British Embassy in Russia received a list of London, in which 60 people were mentioned. The people, the paper said, were allegedly denied entry to the UK.

The authorities of the United Kingdom officially denied both reports. In general, when it comes to Russia, the British press sometimes gives amazing gems. In January 2012, The Guardian published an article saying that the UK government would not allow Russian President Vladimir Putin to attend the Olympic Games in London. Nothing like this happened, of course. Putin visited the London Games, attending the judo competition.

The author of the article was Luke Harding - a journalist, who had lived and worked in Russia. At first, Russia canceled Harding's visa, then he was allowed to enter Russia, but he eventually left the country himself. According to him, he had to leave Russia due to critical articles in the Russian media. Now he is considered an expert on Russia, after he wrote the book "Mafia State" where told the story of how he was how watched by the FSB.

There is nothing surprising about the fact that the information about the "lists" appears on a regular basis. It could be possible that the British authorities could work be working on such a move. London is Washington's closest ally after all. The U.S. passed the "Magnitsky Act" last December.