Mr. Prokhorov does not want Moscow

The election campaign in Moscow has suffered its first loss. The leader of Civil Platform, billionaire Mikhail Prokhorov left the fight for the post of mayor of Moscow. He is not the only one. At a press conference on Thursday, Prokhorov said that his sister Irina would not be running for mayor either. There will be no candidates from the Civil Platform.

Mikhail Prokhorov was named a candidate for the mayor of Moscow almost from the moment the early elections for the mayor of the capital were reported. This information was accompanied by a warning that in order to participate in the elections the billionaire would have to get rid of his foreign assets, since by law the candidate must not have any.

The information about the possible involvement of Prokhorov in the election was contradictory. First it was announced that he would not be able to get rid of his foreign assets in time, but the Civil Platform would nominate its candidate. Then the negotiations between Prokhorov and Yuri Luzhkov were reported. Allegedly, the ex-mayor has agreed to provide consulting services. 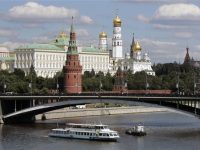 Difficulties with foreign assets proved to be insurmountable. In the first place, allegedly because of Prokhorov's rights to the basketball club Brooklyn Nets that he owns. In the event of a quick sale and re-registration the billionaire would suffer great financial losses that were more real than the title of the mayor of Moscow.

However, at a press conference Prokhorov said that he already started the transfer of his assets abroad, including the basketball team. He said that the NBA gave him permission to transfer the company that owned the Brooklyn Nets to a Russian company.

Also, according to him, he would transfer the assets of the sports facilities of the club the same way, ITAR-TASS reported.

"The election campaign will be very costly, and Prokhorov's reasoning is clear. It is extremely not profitable to contribute to a losing campaign, work with another candidate, creating the image of a serious politician," Leonid Polyakov, head of General Political Science department at the HSE, told Pravda.Ru.

"Prokhorov's business is his very obvious limitation. It is impossible to solve all the problems with the transfer of all accounts, assets in such a short time," the analyst said.

"As for his sister, despite her favorable overall impression on a very narrow segment - mainly Moscow intellectuals - Irina Prokhorova's fame is close to zero. Therefore, there is no point in promoting his sister who would obviously fail," said Leonid Polyakov.

According to Alexei Zudin, deputy director of the Center for Current Politics in Russia, Mikhail Prokhorov has refused to participate in the elections for the mayoral title because there is a candidate who can win the election in the first round - Sergei Sobyanin.

He believes that Moscow is particularly important for Prokhorov and Civil Platform he is heading: "This is the place where a substantial part of Prokhorov's voters who voted for him in the presidential election of 2012 is concentrated."

"A defeat in Moscow election would cause rather serious damage to both personal future of Prokhorov as a leader, and the future of his organization," Alexey Zudin told Pravda.Ru.