Russia braces up for another wave of economic crisis 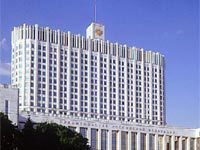 The global economic crisis has been gathering pace recently. According to IMF forecasts, the growth rate of the economy in 2013 will drop to 3.3 percent. Officials with Russia's Ministry for Economic Development said that the slowdown in the domestic economy would be even more considerable - up to 2.4 percent of GDP. What is the Russian government going to counter to these negative trends?

The strategy of making decisions in economy in the coming years was discussed at a recent expanded board of the Economic Development Ministry. Opening the meeting, Prime Minister Dmitry Medvedev urged to avoid vague estimates and forecasts, which are characteristic of some theorists. Medvedev recalled a well-known quote of one of the presidents of the United States, who wanted to find a one-eyed economist to stop receiving on-the-one-hand and on-the-other-hand recommendations. Economic Development Minister A. Belousov pretty clearly laid out the scenarios on which the Russian economy would develop.

The government has identified six priorities in spending

The primary task is to return the social debt, designed to solve multiple social problems that have accumulated over many years. It is planned to raise public sector wages, reform the pension system, provide new homes to more than 700,000 people living in dilapidated houses, eliminate the shortage of places in kindergartens, etc. All this will require about 0.6 per cent of GDP per year.

The modernization of the Armed Forces comes next. It is planned to raise salaries for the military, provide the army with permanent and temporal housing. These goals will need 1.5 percent of GDP a year.

Additional 1.7 percent of GDP will be allocated to deeply restructure and upgrade healthcare, medicine, education and housing sectors, bringing them in line with the needs of the society and, particularly, the needs of the middle class, which, according to experts of the Ministry, already makes up 25 percent of the population, and by the end of the decade will count 40-50 percent.

It is also planned to broaden bottlenecks in transport and energy infrastructures, by assigning 1.8 percent of GDP for this purpose. The accelerated development of the Far East, the Kaliningrad region and southern Russia, the creation of new centers of economic growth will require approximately 0.4 per cent of GDP.

And finally, the list of most important goals includes the need to diminish the oil dependence of the economy, cut the so-called oil and gas budget deficit, which rose sharply in 2008-2009 and currently accounts to about 10 percent of GDP, though a safe level is no more than 5 percent.

In total, additional 7.5 percent of GDP on average per year will be needed to achieve the above-mentioned goals. The task is extremely difficult, especially against the background of the fact that in the next five years, due to the growth in shale gas production, the global energy balance will most likely begin to change, which may lower oil prices by about 30 percent. Russia should enter the new period with strategic transformations at least on basic parameters. Actually it goes about the need to significantly speed up the growth rate from the current 2.3 to 6.5 percent and double the productivity of labor in the next ten years.

Does Russia have reserves to avoid economic collapse?

Many experts, including those with highly authoritative Organization for Economic Cooperation and Development, a think tank of the G7 and G20 determined that the country does not have such reserves.

However, the Ministry for Economic Development is more optimistic. First of all, Russian experts point out an opportunity of additional investment. Gross and national savings, that is, Russia's financial resource for investment, is one of the largest in the world. It accounts for about 30 percent of GDP, while investments in fixed capital do not exceed 20 percent; the rest is wired abroad. The state should create economic and legal incentives that would give an opportunity to reach investments measuring 25, and in the future - 30 percent of GDP.

The structure of exports should be changed too by increasing overseas sales of non-energy goods, including engineering products. Today, producing such product at $173 billion, Russian exports of engineering products worth only $27 billion. The figures, as Mr. Belousov emphasized, were shameful. The same amounts were exported by Taiwan and South Korea 20 years ago. The Philippines exported similar amounts ten years ago. Russia may increase engineering exports by the end of the decade at least up to 60-65 billion dollars, and by 2025 to $120 billion.

It is also possible to dramatically increase the labor productivity, on which Russia lags behind the United States (36 per cent of the U.S. level) and Europe - 45 per cent. In medium and high-tech industries, the gap is much, much larger. The consumption of GDP per capita on average accounts for 60 percent of the European level. The country thus lives beyond its means, consuming more than it produces. Meanwhile, Russian companies have very good opportunities to increase productivity by introducing new domestic and foreign technologies, until it is possible to replace raw materials with advanced developments.

In a diplomatically veiled fashion, the minister described as unsuccessful the concept of the use of the assets of both the Reserve Fund and the National Welfare Fund. During the times of Finance Minister Alexei Kudrin, significant additional funds from energy exports, collected in these funds, were used to acquire U.S. securities. The funds were thus working for the U.S. economy. Probably for this reason, some Western connoisseurs described Kudrin as "the best finance minister", without specifying the country. The assets from the funds should be used in infrastructure projects, the minister added, to develop transport, logistics and communications to enable the movement of human and material resources. Otherwise, the funds will evaporate in two or three years and the country will have nothing to protect itself from a new attack of the crisis.

Undoubtedly, the domestic economy has extremely disturbing prospects. However, unlike in the previous years, when there were illiterate and unprofessional people in economy, the sitting leadership of the Ministry for Economic Development has a clear understanding of economic realities.