European officials realize how much they need Russia 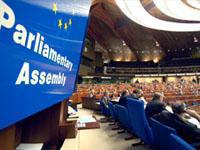 State Duma Speaker Sergei Naryshkin may take part in the session of the Parliamentary Assembly of the Council of Europe (PACE) in the fall of 2013. Last year, the chairman of the lower house of the Russian parliament refused to participate in the event due to the position taken by some leaders of the PACE and a number of "Russophobian delegations."

Sergei Naryshkin, in September of last year, was going to talk about the problems of parliamentary development and the formation of Europe without borders. "But as the opening of the session was going closer, we thought that it was very unlikely that my strategic proposals would be heard by a number of leaders of the Parliamentary Assembly and a number of Russophobe delegations," the official said back then. "They seem to evince interest in other things," added Naryshkin.

"Other things" stands for the report on Russia's obligations as a member of the Council of Europe. The report was made in sharply critical tones. There was even a chance that the Russian delegation would not go to the Assembly. LDPR leader Vladimir Zhirinovsky even suggested Russia should pull out from PACE. Russian delegates eventually went to Strasbourg.

Six months later, passions noticeably subsided. On Tuesday, the speaker of the State Duma met with PACE President Jean-Claude Mignon in Moscow. "Russia highly appreciates the potential of the Council of Europe. We want to raise the effectiveness of teamwork. We know how much interest you show in Russia and in its role in the Council of Europe, although we may not always agree with you. Such a debate is a normal situation between partners, " the Speaker of the State Duma told ITAR-TASS news agency.

In response, Jean-Claude Mignon promised to do everything possible during the remaining part of his stay in office (expires in January 2014) to make Russia's relations with the Assembly develop at a higher level.

According to Alexey Pushkov, who attended the meeting, the head of the PACE invited Sergei Naryshkin again to take part in the session of the Assembly in the autumn of this year.

"The response was positive," said the head of the Duma Committee on International Affairs.

Meanwhile, his first deputy Vyacheslav Nikonov does not conceal his skepticism about the organization. "In general, nothing depends on PACE," he said. "This is a collection of European parliamentarians, who always have a long list of complaints against Russia. PACE's existence is a known fact to Russia and a couple of other countries, but I have never read anything about PACE in newspapers of Strasbourg, where the Assembly meets," said the MP to Pravda.Ru.

In turn, political scientist Leonid Polyakov believes that "Naryshkin's last-year decision produced a sobering effect on European politicians, who gradually start to believe that they should behave appropriately with Russia and its political representatives."

"Russia is now quite a serious partner for the EU as a whole. The situation with Cyprus shows that from the point of view of economic interests of the EU, it is highly wrongful to push Russia towards political confrontation," the analyst told Pravda.Ru.