Foreign journalists to be ousted from Russian state-owned TV channels?

The Russian State Duma may adopt a law prohibiting foreign nationals from working at Russia's state-owned TV channels. The proposed law came as a reaction to the statements made by well-known journalist Vladimir Pozner on Channel One. 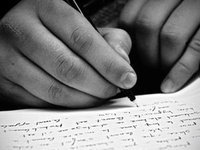 The message said: "Recently, in one of your reports, you said that the deputies of the State Duma made a mockery of the country. You called the highest legislative body of the country a "fool." You pretended that you've misspoken. However, the content and tone of your statements led us to doubt the sincerity of you explanation."

The MPs promised that in the near future they would consider the appropriateness of foreign nationals, who allow statements and lead activities that discredit Russia and state officials, working at the federal, state-owned TV channels. "And you, Mr. Pozner, if you do not respect our country, will have time to find a job with your American or French colleagues," the statement read. Pozner has three citizenships - in the U.S., Russia and France.

However, according to Mikhail Starshinov, one of the MPs who signed the appeal, the bill does not exist. "We have not offered the bill yet. We have suggested it and it may be created," he told "Pravda.ru."

The MP does not expect any particular reaction from Vladimir Pozner. "I felt it necessary to voice our position in response to the statement of the famous TV host," said the deputy.

The MPs were not the only ones who considered the words of the TV host unethical. For example, Dmitry Agranovsky, a lawyer who can hardly be attributed to the supporters of parliamentarians, shared his opinion: "When he (Pozner) called the State Duma "State Dura" (fool), it was simply unethical at a minimum. If there is some kind of journalistic ethics, then he should be penalized." (quoted by "National Journal ").

This is not the first conflict of Vladimir Pozner with the deputies. A few months ago, an MP from United Russia Ilya Kostunov demanded that Pozner be dismissed. In his show the host compared the actions of the Investigative Committee against opposition leader Leonid Razvozzhaev with the KGB methods. However, there were no consequences for Vladimir Pozner as he was not fired from Channel One and his program still airs.