Russia's three most important events in 2012

Pravda.Ru asked representatives of parliamentary parties and experts to name three, in their view, main events that took place in Russia's political life in 2012. It is worth noting that most of our interviewees, regardless of their views and party affiliation, named the same events. Although, of course, there are differences in the estimates. 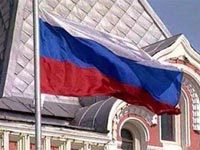 "The first thing, of course, is the election of the president. This is what determines the future of the country. Secondly, it is the struggle against corruption. The third event, to my mind, is the Olympic and Paralympic Games. This is not a political event, but on the other hand Paralympic sports imply politics too, because this issue pushes towards those problematic issues that need to be addressed."

The leader of the faction of Just Russia party in the State Duma, Sergei Mironov:

"First of all, I was pleased with the beginning of the broad campaign against corruption. I do hope that it will really continue in 2013. Secondly, Russia's entry into the WTO was a very important event too, which may, however, lead to negative consequences. So this important event is a negative one for me.

"Thirdly, not to be confined to purely political events, I would also mention the remarkable victory of our hockey players at the World Cup. They proved that Russia is a country of great hockey tradition. I hope that next year we will have a lot more positive events happening to us."

"The first is the election of the President and the subsequent opposition rallies on Bolotnaya Square as the activation of pro-Western forces and an attempt to destabilize the situation inside the country.

"Secondly, it is personnel changes in the executive branch. The appearance of governor Alexei Ostrovsky from our party in the Smolensk region, his effective management of the region, the creation of the coalition government that includes all political forces - deputy governor from Just Russia, there are also Communists, and United Russia.

"The third important event is the elections. The election of October 14th, 2012, which was held for the first time under a new scheme. Governors were elected by residents of the regions. In the Bryansk region, a significant event took place for the whole party. It goes about the appointment of a member of the Liberal Democratic Party, Mikhail Marchenko, in the Federation Council as a Senator from the Bryansk region.

First Deputy Chairman of the Presidium of the Central Committee of the Communist Party, State Duma deputy Vladimir Kashin:

"Speaking of the political component, I would mention the modernization of the political system of elections. The doors for the multiparty system have been opened. I am convinced that this is a planned system of measures to combat the growing leftist coup. This struggle, in some way or even primarily, is directed against the Communist Party of the Russian Federation, which performed very well in the elections to the State Duma.

"And of course, it is our struggle against the current policy. We conducted 12 all-Russian protest actions. The party in power felt that soon it would lose everything, so it gave all these changes a go - the multiparty system, the change of the electoral component, withdrawal from party lists, etc. It's a step back.

"I would also point out the consolidation - this is about the "law of Dima Yakovlev". Disrespect to the Russian Federation, the bizarre list (the Magnitsky Act - ed.) - any person in Russia can be included there. This is certainly cynicism and contempt. If there is such disrespect, patriotism serves as a consolidating factor of all (parliamentary) fractions. This is very important to note.

"I believe that the offense against corruption can be regarded as a politically positive aspect. President's Address to the Federal Assembly received positive reactions. These are serious issues. But it's more about the determination of political milestones that disclose social and economic policies. If we find real mechanisms, as president indicated, then education and health should not be regarded as services, then through just one phrase we will go back to our constitutional right for free health care and education up to higher education. And in fact, the State Duma has passed the law that put the situation up side down.

When we look at other such things, which the president mentioned in his address, we will see that we need to develop our economy and budget. But at the same time, we can see that the tax system remains the same. At the same time, we see again the withdrawal of cash assets instead of the efforts to actually build competitive economy and agriculture."

"The first event is this election of Vladimir Putin as president. Here, I think, all is clear. The second event is the dismissal of Anatoly Serdyukov and the appointment of Sergey Shoigu for the position of Defense Minister. The scandalous dismissal of the Defense Minister is an extremely rare event in Russian history. In addition, they started talking about corruption practically at the ministerial level - this is also an exceptional event for Russia. It is very interesting that the issue died down quickly. That is, it clearly indicates the seriousness of the problem, if they had to remove the minister with a scandal, and the size of the gap for the fight against corruption, which they opened, is impressive - ministers are untouchable.

The chairman of the department for general science of politics, Leonid Polyakov:

"The first event is Putin's return to presidency. This is like a watershed of several eras, gives an opportunity to follow historical and political time differently. Everyone remembers that the whole situation of Putin's return had been quite uncertain for a long time. We remember how Western political circles were giving quite transparent hints to their desire not to see Putin back in the Kremlin.

"Despite all those efforts, Vladimir Putin returned with an impressive support of the majority of Russians, thus confirming that he really is a non-alternative national leader. He returned not only as the strongest, most respected and most popular politician, he returned as the president, who had a program of Russia's development for not only 6 years, but perhaps for the next decade. This program was set forth in his articles of the election period, specified in the decrees from May 7th. It is obvious that the return is connected with the need to implement the full-scale project of Russia's development and modernization.

"The second event is a full-scale political reform, and I would not bind this event to only one bill, to some one single date. It was rather a choice, a decision, a trend - a decision of the government, which stabilized the political situation and achieved impressive economic growth, considering that the further development of the country is connected with the full-fledged political competition and a possibility for all to participate in politics - for those who want to do it.

"The third event in 2012 is the fate of the radical, non-systemic and anti-regime political opposition. Last December, it seemed like we got a new political phenomenon, a new political player, a powerful impressive street, actions and statements of which headline the political agenda. It gradually became clear that both the unity within the opposition and its efficiency are things that had been announced, but did not obtain any confirmation afterwards.

Opposition within itself is split into three camps, and it continues to split further. Nationalists, leftist radical and liberals will never agree on essential things. Besides, the positive program, which opposition leaders promised to create, did not take place.