Russian diplomats to US Senators: 'Your efforts are pathetic'

On Thursday, the U.S. Senate passed the bill to abolish the Jackson-Vanik amendment. At the same time, senators voted for the so-called "Magnitsky Act". The Russian Foreign Ministry called the introduction of visa and financial sanctions a "performance in the theater of the absurd." 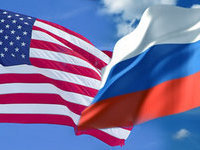 The Jackson-Vanik amendment was adopted in 1974. It linked the trade relations between the Soviet Union and the United States with the USSR freedom of emigration. As an obvious anachronism, the amendment formally remained in effect, even though the American administration was extending the moratorium on its action since 1990.

Actually, Washington was going to abolish the amendment for quite a while, at least, verbally. Russia's entry into the WTO has accelerated the process: the United States worried that the amendment could affect the American businessmen doing business in Russia.

Although, it is very likely that both the White House and the Congress were not much concerned about the abolition of the Jackson-Vanik amendment. They were trying to find a replacement for it. They found it in the so-called "Magnitsky Act." The act was called so after lawyer Sergei Magnitsky, who died in a Moscow prison in November 2009.

The act, in particular, provides for sanctions against members of the Russian security forces and judges, who were allegedly involved in the death of Magnitsky. Noteworthy, there is no court decision regarding the guilt of those people (about 60 of them on the list).

One of the provisions of the "Magnitsky Act" requires the U.S. President, not later than 120 days after the enactment of the law, shall send the list of people involved in the death of Sergei Magnitsky to appropriate congressional committees. The list should also include those responsible for extrajudicial killings, tortures and other serious violations of human rights, ITAR-TASS said.

Moreover, the President is obliged to inform legislators about updates in the specified list. It is allowed to add the text of the bill with special secret appendixes. The document gives the U.S. President the right to classify the names of the individuals subject to sanctions for reasons of national security.

Note that the "Magnitsky Act" was passed in accordance with the law on the normalization of trade relations with Russia, supplementing it. Ninety-two senators voted for it, four voted against it. The House of Representatives approved the law three weeks ago.

Russian authorities have repeatedly warned Washington that the adoption of the "Magnitsky Act" may have a negative impact on bilateral relations and trigger measures in response. So far, however, it is impossible to say whether the case will be limited to a list of U.S. officials who would be banned from entering Russia. It is quite possible that Russia may prepare a surprise for Washington too.

The Russian Foreign Ministry, meanwhile, has responded swiftly to the adoption of the bill by the Senate. Senators' decision was called a "performance in the theater of the absurd."

"It appears they have forgotten in Washington what year it is now - maybe they think that it is the Cold War now. US senators can also be so carried away with self-PR that they ignore the obvious: every country can close entry into its territory to whom it sees fit - there are no special laws required for it," officials with the foreign ministry said.

It is no less strange and wild for Moscow to hear "human rights claims from politicians of the state, which in the 21st century officially legalized torture and kidnapping of people around the world." "Tragically, Russian citizens also became victims of such lawless acts," Russian officials added.

"It seems that the ridiculously biased approach in the U.S. Congress shows only the vindictive desire to get even for the principled and consistent line of Russia in world affairs in favor of strict adherence to international law, - Russian diplomats said. - It is necessary to remind the hyperactive opponents of the normal development of the US-Russian relations: their efforts look pathetic. Nevertheless, the Russian side will have to respond."

Russia does not want to "give up the positive things in the bilateral relations that have been achieved during the last few years." "But one should realize that the law approved by the Senate will have a very negative impact on the prospects of bilateral cooperation. The responsibility for this rests with the U.S. entirely, of course," Russian diplomats said.