The commercial factor in the Pussy Riot case has completely outweighed the political one. The members of the group, their lawyers and other interested or sympathetic persons are fully concentrated on the discussion of Pussy Riot as a successful business project. 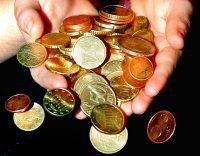 The first sign about the hidden motive of the "anti-Putin Pussy Riot" surfaced in April of this year, when it became known that the Russian Patent Agency (Rospatent) received an application to register Pussy Riot as a trademark. The legal fixation of the brand was conducted by film company Web-Bio. The general director of the company is Natalia Kharitonova, the wife of Mark Feigin - one of the lawyers of the girls. After the registration of the brand of the punk band, it was planned to produce clothing, badges, pens, printed products, toys, films, as well as shows and concerts.

The lawyers and Pyotr Verzilov - the husband of Nadezhda Tolokonnikova, one of the convicted girls - said that it was all being done to stop dishonest people from exploiting the popular brand that suddenly gained international recognition.

However, no one really paid attention to the news.

In August, the topic surfaced again when the girls were sentenced. But, again, against the background of court proceedings, acts of solidarity and other events, the commercial factor was pushed into the background again.

Nowadays, when two members of the band were sent to serve their sentence in a colony, and the media hysteria about the band receded, the lawyers of Pussy Riot became preoccupied with commerce, rather than indictment.

The Kommersant newspaper wrote on November 2 that LLC Film Company Web-Bio signed an agreement with European film company Roast Beef Productions Limited to make a film with the working title "Show Trial. The Story of Pussy Riot." The Russian company has already received an advance of 30,000 euros under the agreement. The company will receive 170,000 more after the conditions of the agreement are executed. The lawyers are supposed to shoot videos with their clients in prison, in the colony and to deliver the materials to the producers of the film. In addition, the Russian producers of Pussy Riot expect to receive 40% from selling the videos around the world.

The third member of the band, Ekaterina Samutsevich, who received conditional sentence, has added more fuel to the fire. She demanded her former lawyers should surrender the rights for the trademark of the punk band. "I believe that our group can not be used for commercial purposes," she said in an interview with the Kommersant, noting that she has always been strongly against such things." According to her, she has never heard anything about any agreements and contracts before.

"I was just shocked, I was very surprised. I have never signed up to such things," she said, explaining that she was previously involved in the discussion about copyright protection only. "I trusted the lawyers back then, and they said they would protect copyright. But the details have not been discussed at all," said Samutsevich.

The myth of the lawyers' selflessness in the case falls apart like a house of cards. The lawyers - Feigin, Polozov and Volkova - have not said anything about their initiative to defend the girls for free. However, it turned out in the discussion that took place in Nikolai Polozov's Twitter that the lawyer had raised about half a million rubles for the case. A user wondered whether it was possible to have a look at the financial report, to which Polozov tweeted: "Have you thrown a penny in before asking for anything?"

Former socialite and currently an ardent revolutionary - Ksenia Sobchak - asked lawyer Mark Feigin: "My source says that you ask 50% of the fee from the Yoko Ono award. And that you and the girls are bargaining about it," she wrote on his Twitter, saying that she had received the information from two people at once.

The lawyers of Pussy Riot deny everything, of course, and flip the script to Pyotr Verzilov and ... Ekaterina Samutsevich, who, according to Mr. Polozov, speaks for the commercial use of the brand.

Mark Feigin, in turn, has published the notes written by the Pussy Riot girls. In those notes, they deny Verzilov the right to represent their interests elsewhere. However, Feigin declined to comment on the suggestion that Verzilov created unnecessary competition for the lawyer, rather than the girls, so the conflict occurred with the lawyer in the first place.

Quite possibly, one of the reasons that led to the conflict was Verzilov's activity to lobby pop singer Madonna, who at first associated herself with Pussy Riot and then started selling consumer goods with the brand of the band. In particular, the singer's official online store now offers T-shirts with the image of the band for about $20. It would be logical to assume that the lawyers of "the pussies" are not getting any commission from that.

It seems funny that in the course of all these scandals and fights, no one recollects the members of the band anymore. The political factor has played its role well. Pedaling this topic is absolutely pointless now. The "lack of professionalism" of the lawyers, who could not save the girls from jail, is easy to explain. Since there is big money at stake, it is best to keep the Pussy Riot members away from this process. The example of Ekaterina Samutsevich is a living proof to that.