U.S. law enforcement agencies investigate the case of illegal shipments of U.S. high-tech equipment for the Russian Defense Ministry. New details have emerged about yet another US-Russian spy scandal. Three of the alleged "agents of the Russian government," are staying in Russia. The Kremlin has not commented on the situation yet, while diplomats do not hurry to confirm the fact that the "spies" hold Russian citizenship. 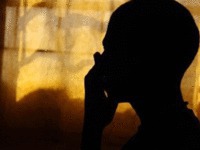 "(Sergei) Klinov, (Yuri) Savin and (Dmitry) Shegurov have not been arrested and, as we believe, are in Russia," Robert Nardoza, a spokesman for the U.S. Attorney's office in Brooklyn said.

The news about 11 suspects in illegal exports of military technology to Russia was made public on October 3 at night. In addition to Klinov, Savin and Shegurov, the list of suspects includes Alexander Fishenko, Alexander Posobilov and Victoria Klebanova. All of them took key positions at Arc Electronics. The company officially deals with the production of electronic equipment for road safety. The list goes on with Shavkat Abdullayev, Lyudmila Bagdikyan, Anastasia Dyatlova, Sevin Tagiyev and Svetlana Zagon. These eight alleged "Russian spies" were arrested and brought to trial in Houston. At the request of prosecutors, they are to be transferred to New York soon.

According to U.S. law enforcement agencies, the Moscow-registered company Apex System (LLC Apex) and Houston-based Arc Electronics, which is chaired by the 46-year-old naturalized U.S. citizen Fishenko, are linked to military intelligence agencies and Russian special services. The materials of the case contain a reference to the conclusion of U.S. experts, who admitted that the arrested individuals are involved in the affair, in which Russian anti-ship missiles and MiG-35 fighters are equipped with chips and microprocessors that are similar or exactly identical to those developed in the United States.

"The defendants spun an elaborate web of lies to evade the laws that protect our national security. The defendants tried to take advantage of America's free markets to steal American technologies for the Russian government," said United States Attorney Loretta E. Lynch in a statement.

"We will not rest in our efforts to protect the technological advantage produced by American ingenuity. And, we will expose and hold responsible all who break our counter-proliferation laws, particularly those, like Fishenko, who serve foreign governments," said Lynch.

The department has two documents drawn up in Russia, which, as investigators say, prove that the suspects were cooperating with the Russian government. In particular, it goes about the copy of certification from 2009, issued by the Russian Ministry of Defense to joint-stock company Arsenal. The document concludes that the deliveries conducted by the company complied with the standards of the military department of the Russian Federation. According to the prosecution, Apex is a subsidiary of Arsenal and MiG. The materials of the case feature the intercepted conversation between Klebanova and Arsenal, in which she says that everything related to the links between the two companies should be withdrawn from correspondence and all open documentation. The interception record is dated with August 2011, which suggests that the activities of the company came in view of U.S. intelligence at least a year before that.

Another documents is a copy of the act of technical condition for 320 chips, which Arc Electronics sent to the Russian Defense Ministry. The document, signed by three experts, says that all chips had defects, were counterfeit and should be replaced.

Brooklyn prosecutors filed investigation in connection with the fact that all export cargo flows of the company were conducted via JFK International Airport, located in the subordinate administrative district of New York, which includes Brooklyn and Queens. Quite often, the cargoes would be shipped not to Moscow directly, but via Canada, Finland and Germany. The payments for the shipments were conducted from Russia through companies registered in the British Virgin Islands, in Panama and Belize.

Since 2002, Arc Electronics has delivered equipment to Russia worth $50 million, The New York Times wrote with reference to the prosecutor's office. According to U.S. authorities, the equipment, which allegedly was delivered to Russia illegally, can be used to create a variety of military technologies - radar tracking systems, guidance systems for missiles and others.

Reportedly, the "spies" who resided in the United States, were trying to obtain information about nuclear weapons, the USA's policy about Iran, as well as about CIA officials and congressmen.

On Wednesday, the FBI raided the offices of Arc Electronics, which, according to official documents, was dealing with accessories and spare parts for traffic lights. The seized documents were packed in 18 boxes, the AP said.

It was also reported that the U.S. Department of Commerce black-listed 165 foreign citizens and companies that received, transported and otherwise assisted the allegedly illegal commercial activities of Arc Electronics.

The immigrants arrested in Houston were employees of Arc Electronics. The company was chaired by Mr. Fishenko and his wife Victoria. According to reports, the woman has not beencharged with anything yet. "I will be able to say anything when I see what's going on," she told the AP.

According to court documents, Fishenko was born in Kazakhstan; he graduated from the Leningrad Physico-Technical Institute. In 1994, he moved to the U.S. and became an American citizen in 2003, having retained Russian citizenship. He would often travel overseas. "The story of success of an immigrant, who was born in Kazakhstan and made millions with his own export firm in Texas, turned out to be a Cold War story," the AP wrote about the bio of the main "spy."

Beginning with 1996, Fishenko started traveling abroad every year. He has flown to Russia and to Europe 26 times, the BBC said. On September 24, he returned from a two-week trip to Russia. Tapping his phone conversations and intercepting his e-mail, investigators determined that Fishenko communicated with more than a hundred of suppliers of Russian companies.

Top-manager of Arc Electronics Posobilov came to the U.S. from Russia in 2001 and became an American citizen in 2008. He began working for Fishenko's company in 2004 as the Purchasing Director.

Prosecutors said that this year, he has been to Russia twice. His ex-wife and daughter live in Azerbaijan. His other daughter lives in Italy. According to US officials, Posobilov is a citizen of Russia and Azerbaijan. If Posobilov goes on the run, he can go to Mexico, where the Embassy of Azerbaijan will give him a new passport. Law-enforcers used this detail to explain the refusal to release the suspect on bail.

The Russians may face the term of 45 years in prison. For Fishenko, public prosecutors seek an additional term of 20 years for money laundering and 10 years for espionage for Russia.

Russian company Apex, as the company's website says, is a Russian distributor of the manufacturers of electronic components, used in the technologies that require highly reliable solutions, such as industrial equipment, medical equipment, transportation, aviation and space. The company was founded in 2004. "The main objective of the company is to promote electronic components produced by foreign partners of the company on the Russian market," the website said. Fishenko, the head of Arc Electronics, is a co-owner of the firm.

Apex is a division of a group of companies. It has the head office in Moscow and an additional office in Saransk, Mordovia Republic. In 2007, the company opened its office in St. Petersburg, and in 2008 - in Yekaterinburg.

The company Atrilor, which is associated with Apex, took part in dozens of competitions for the execution of the state order this year. The company won many of the competitions, reports Interfax. Under the contracts, Atrilor supplied diodes, wires, capacitors, semiconductor integrated circuits and radio-electronic components.

Russian authorities have not responded to the charges brought against the alleged "Russian spies". Yesterday, spokespeople for the Consulate General of the Russian Federation in New York, refused to comment the situation.

Today, however, Russian Embassy said that diplomats were identifying the suspects. "The Russian Embassy in the United States, and the Russian Consulate offices in New York and Houston are now trying to find out whether the detainees and those who faced the charges, are citizens of Russia," embassy officials said.