Riot of Muslims and innocence of Pussy

Russia's Office of the Prosecutor General intends to ban the film "Innocence of Muslims" on the territory of the country. It is highly unlikely that someone in Russia would decide to show the movie on big screens. By and large, it goes about blocking video portals - YouTube in particular. The Russian authorities recommended Internet providers should limit access to the anti-Islamic flick that drives Muslim people mad. 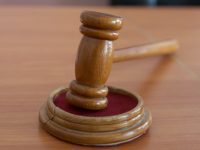 But what about the "madness" of Orthodox believers, who, to put it mildly, were not thrilled about the "creative work" of Pussy Riot? Should the "punk-prayer" be left on video portals, or should it be banned?

"How can you compare these things?" European Commission spokesman Olivier Bailey told Itar-Tass, responding to the question of why European Commission President Jose Manuel Barroso supported Pussy Riot, but strongly condemned the "Innocence of Muslims." Bailey found it difficult to say whether all members of the European Commission actually saw the videos about which they rush to speak up.

It is clear, though, why the "European commissioners" consider the two videos "incomparable." They are led to believe that one "piece of work" has nothing to do with the other, even though it is obvious that the two videos are nothing but blatant provocation. The truth is that only one provocation went "flawlessly."

"The Pussy Riot case was a perfect provocation meaning that a good decision on this issue does not exist. If the authorities had not responded, we would have had something like Arab protests. An overreaction could lead to accusations of turning back to medieval practices. In this case, the court made the decision that it was supposed to make. Maybe it was too severe, but in any case, it stopped the outbursts of social and religious unrest in the country," Vyacheslav Nikonov, the President of Politika Foundation said.

Look what happens. The film "Innocence of Muslims" has been on YouTube for two months without any fuss. All of a sudden, exactly for the anniversary of September 11 attacks, the trailer of the film appears to be carefully translated into Arabic and distributed among the appropriate audience.

The Pussy Riot girls, during the same two months, perform in churches and criticize Putin the best they can. During the trial they said that they did not even think that their performance could offend the feelings of believers.

Let's just assume that the girls were expressing their civil position in the Cathedral of Christ the Savior.  Was it a coincidence that there were anti-clerical photographers and journalists at the Cathedral at the time of the performance? Or did they just drop by incidentally to pray?

Who helped the girls bring the heavy music equipment? Who made and directed the video? Who convinced Paul McCartney and Madonna of the need to defend Pussy Riot? Madonna knew absolutely nothing about the band and its infamous punk action one week before her Moscow concert.

Mr. McCartney's late colleague John Lennon gave an interview to a London newspaper in March 1966. Among other things he said: "Christianity will go. It will vanish and shrink. I needn't argue with that; I'm right and I will be proved right. We're more popular than Jesus now; I don't know which will go first - rock and roll or Christianity."

Even though the interview was published in England, and then there was no Internet during that time, the phrase "The Beatles are more popular than Jesus Christ" immediately triggered anti-Beatles mania in America. And it was John Lennon, who disappeared, while Christianity and rock'n'roll live on and on. But back to today.

For the time being, the U.S. has no legal claims against the "Innocence of Muslims" filmmakers. However, they have enough worries. The family of the "producer" has already left their home in California and went on the run. The "actors" were quick to say that they had been deceived, because they were originally offered to star in the historical drama "Warriors of the Desert."

Pastor Terry Jones, who became famous for burning the Koran, swaggers. He claimed that he was involved in "Innocence of Muslims." The pastor can say such things because he is certain that the First Amendment to the U.S. Constitution protects him.

The Amendment may protect the pastor, but it kills others. Judging by the way the Obama administration took the death of its ambassador to Libya (declaring war requires a much less important reason), the US does not mind the sacrifice - for the sake of abstract freedom and even at the expense of common sense. America was founded as a purely Christian civilization. When John Lennon dared to touch on this subject, he got what he deserved. Islam came to America much later, so the U.S. may not see the obvious.

Russia can not allow that. The state should stop any joke that affects interfaith relations, so that the "jokers" realize: there are absolute taboos in Russia. Don't **** where you eat.

The U.S. State Department referred to the Pussy Riot trial as a "politically motivated" case. It is true, but the politics here is all about self-preservation. There were many "kingdoms" in the history of mankind that declared themselves superpowers, but then disappeared without a trace.