Professors of the Baltic State Technical University "Voenmech", Yevgeny Afanasiev and Sviatoslav Bobyshev, were found guilty of treason and sentenced to 12.5 and 12 years in prison, respectively. The prosecution believes that the scientists of Voenmech gave the Chinese sensitive information on a sea-based intercontinental ballistic missile " Bulava".

The investigation alleges that in May-June of 2009 during a business trip to China, Afanasiev and Bobyshev have brought to the country classified state information that they handed over for a cash reward to representatives of the Chinese military intelligence. The Voenmech employees were allegedly paid for this information a total of $27,000 dollars. The amount is small, and the investigation does not have direct evidence of the fact of hand to hand transfer of information to the Chinese side. 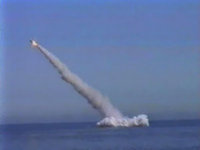 According to media reports, Boris Slobodin, a lawyer of one of the convicted, said that the verdict given to the scientists for passing classified information to China will be appealed. The scientists were arrested in 2010, and have already spent two years in prison Lefortovo.

What kind of information has been submitted to the Chinese with respect to the missile "Bulava" is unknown. Media quoted the judge saying that on the basis of information received the Chinese can calculate the location of Russian submarines. Perhaps the judge was referring to detection of Russian submarines that carried out the launch of "Bulava". However, the current system of electronic intelligence and satellite surveillance allows locating satellite launches.

With regard to the information about "Bulava", it is of great interest to the investigations of the leading countries of the world. China is the first in the queue.

Since 2005, the press has been leaking information about the start of China's ambitious program to develop its own nuclear intercontinental sea-based missiles. The military leadership of the country has a program called "Chinese Ocean Wall" that suggests the creation of nuclear submarines equipped with warheads, exceeding similar groups in other countries, including Russia.

If we assume that the U.S. does manage to create a comprehensive missile defense system, submarines with nuclear warheads could be the last argument of the nuclear powers. They are unobtrusive, mobile and, therefore, less vulnerable to a preemptive strike than the land, and especially, mine complexes. Therefore, Russia and China mostly develop this particular component of the strategic nuclear forces of their own.

The Chinese are planning to equip their submarines with JL-2 missile - Marine version of DF-31 ICBM. In terms of the flight range it is roughly comparable to the Russian "Bulava". It is assumed that they will be able to fly eight thousand miles, and after the modernization - 12,000.

JL-1 was the forerunner of this rocket with a total range of up to 1,700 kilometers. It was developed by the Chinese, and, as expected, was not successful. "Xia" submarine equipped with this missile never went out on combat patrols. Meanwhile, we are talking about the rocket that took about 20 years to develop - from 1975 to 1995.

Since the early 2000s, China's nuclear program in its strategic sense was very much like the Russian one. Following the Russian example, the Chinese have decided to unify the marine and land based launch vehicles. The experts noted the similarity between the Chinese missiles with Russian systems "Topol" and "Bulava", and the Chinese began conducting successful tests. What is surprising is that the Chinese spent nearly twice as little time to create their JL-1 than it took the Russian engineers to fine-tune "Bulava" and promptly managed to do it in five or six years.

Last year, Russia has successfully completed "Bulava" tests, and the weapon will be given to the Navy. In January of this year, the PLA has made six missiles launched of SLBM JL-2 from the water area of ​​the northern Chinese port of Dalian that was the Russian port Dalny until the middle of last century.

It became clear that China is able to strike from the area of ​​its territorial waters at most of the U.S. and Russia. Also, there is reasonable suspicion that the Chinese have obtained the relevant technology somewhere other than their research centers.

The history of atomic espionage, wrapped in a nice package of Manhattan Project, is still full of mysteries and misunderstandings. The naive citizens are regularly told by the media the story of Soviet agents, supposedly planted in the American project by Stalin's secret services. In addition, the honest communists and pacifists (like Oppenheimer, Enrico Fermi and others) supposedly found it necessary to ensure parity between the two world powers as a condition of peace and gave nuclear secrets to the Soviet Americans.

The myth was spread by the legendary spy and saboteur Paul Sudoplatov. In the organizations of this kind there are no former agents, so the revelation of Stalin's eminent should be filtered. He formulated exactly the theory that became official. This does not mean that the theory is false. It is just not totally true and loaded with romance.

A simple comparative analysis of the scientific achievements in the field of rocketry in the prewar years suggests that the greatest progress in this direction had been reached by Germany, the USSR and the USA. After the defeat of Germany, German know-how was imported along with the physical carriers into the U.S. and the USSR. Britain had a mediating function in the transfer of nuclear technology, and as a result, became the owner of its own nuclear weapons. Moreover, the transfer was bilateral.

Speaking about the current criminal cases in such a sensitive area, it is always worth bearing in mind the strange story of a nuclear exchange in the middle of last century. You can also recall the amazing story of unique transmission of Soviet centrifuges for uranium enrichment to Tehran. This technology was also developed by Soviet scientists in collaboration with the captured Germans.

One of the participants in this project (and, therefore, the bearer of the sacred and technical knowledge) was Tsippe Gernot, who after working in the Soviet Union was somehow released to the West. He, like honest American physicists, thought that technology should be shared. As a result, the centrifuge was patented by a British concern URENCO, and then suddenly appeared in Pakistan and Iran.

Voenmech scientists are not the first ones to be accused in the transmission of sensitive data on "Bulava" to China. In December of 2007 Russian academician Igor Reshetin was sentenced to 11.5 years in a colony for the transfer to the Chinese of dual-use missile and space technology. Precisely at the time when the scientists of Voenmech were read their sentence, he was let go on parole. This is an interesting coincidence and the amazing softness towards a traitor.

In November of 2004, the Krasnoyarsk Regional Court sentenced a physicist Valentin Danilov to 14 years in prison. He allegedly gave some information to China. Earlier, the jury acquitted Daniel, but the state machine was relentless, and the scientist was sentenced to 13 years in prison.

In May of this year Alexander Gniteev who, according to the FSB, gave the Chinese the information on modern Russian strategic missile "Bulava," was sentenced to eight years under Article 275 of the Criminal Code ("Treason and Espionage").

It is noteworthy that, according to a lawyer of the accused Russian scientists, the wording of the charges has been corrected. The scientists are still accused of treason, but no longer espionage. That is, there was no direct transfer of sensitive data, and carriers of such secrets normally do not leave their homeland.

Voenmech scientists argue that they were preparing training program for Chinese students. There was no sensitive data in them, and they do not have admission to this information.

All this raises doubts about the purity of the case. However, the methods of information transmission are numerous. Is it possible to prepare a curriculum for students in a way that those with some basic training and the appropriate culture of thinking would be able to come to the right conclusions?

A former State Duma deputy Yuri Saveliev stated that none of the curricula of the university contain elements of state secrets. He made one very interesting statement in the Institute for Regional Press. According to him, the FSB, accusing the Russian scientists of spying for China, are acting on behalf of the United States and other Western countries, "afraid of the growing economic and military power of China."

Thus, sentencing of the scientists may be a result of a great political game, part of which may be a transfer of technology.

At the dawn of the atomic era, Stalin liked sentencing scientists both on charges of espionage and anti-Soviet actions. These were the repression whose real meaning was an absolute mystery to the contemporaries.