The Russian Strategic Rocket Forces are beginning preparations for the deployment of new missile systems "Yars" in Irkutsk, Novosibirsk and Kozelsk (Kaluga region) rocket units. This complex is truly unique - its range reaches 11,000 miles, and it is also equipped with special protection from terrorists. 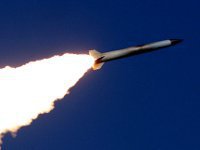 Lt. Gen. Sergei Karakayev, Commander of the Strategic Missile Forces, talked about this with reporters, summing up the results of the winter training of personnel and shifting of the troops to the new complexes. As the commander noted, in Kaluga region deployment of the mobile ground missile complex "Yars" will be implemented in mine version.

Later, the transformation of a series of missiles at "Yars" is planned. At Teykovsky missile complex in Ivanovo region, combat duty of the third division of the mobile missile system "Yars" will begin in June.

According to the site Weapons of Russia, missile complex "Yars" has intercontinental range of up to 11,000 miles, is equipped with a reentry warhead maneuvering units with individual targeting, has superior maneuverability and as a consequence, increased survival rating.

For the first time this system was demonstrated to the public in Teykovsky missile unit in 2009. Retraining of the personnel at the complex is held at the training center stationed at the Plesetsk Cosmodrome in Arkhangelsk region.

As the press service of the Ministry of Defense reported, mobile missile system "Yars" is equipped with intercontinental ballistic missile RS-24 with multiple warheads developed by the Moscow Institute of Thermal Technology using scientific, technical and technological solutions implemented in the missile complex "Topol-M". The time of the development and manufacturing of the complex was quite short, which led to its unification with "Topol-M".

The first test launch of RS-24 was made on May 29, 2007 from the Plesetsk test site in Arkhangelsk region. The missile accurately hit the target at the Kura test range in Kamchatka.

In the future, along with the already adopted mono-block intercontinental ballistic missile RS-12M2 (missile complex "Topol-M") missile RS-24 will form the basis of the strike group of the Russian strategic forces. Victor. Semashko, candidate of military sciences, a retired colonel, and Associate Professor, commented on the situation for "Pravda.Ru":

"The rocket complex "Yars" with a missile RS-24 is definitely unique. Still, the fact that many parts of the rocket forces began replacing "Topol" with" Yars,"does not mean anything. "Topol" is good and serves the purpose for which it was intended. "Yars" has somewhat different tasks.

Modern security complex "Yars" is arranged in such a way as to fully protect it from extremists. The multi-level system does not allow making an unscheduled launch by terrorists even if all pre-launch steps have been performed.

The command to launch a rocket comes from outside. It is impossible to simulate the start signal. Even if the complex is in the hands of well-trained fighters, they can only destroy it, but not launch it.

Launchers for "Yars" were repeatedly tested for fire-safety and explosion resistance. The tests completely eliminated the possibility of a nuclear explosion in a terrorist attack. It is also impossible to detect the launcher via satellite reconnaissance. Its body has been specially treated, which makes it invisible to radar as well as space exploration units.

Special arrangements for the external security have been made. "Yars" is always guarded on the way to its destination.

It is worth mentioning that the Russian Defense Ministry in 2011 has purchased 30 strategic missiles "Topol-M" and "Yars" from the industry. Defense Minister Anatoly Serdyukov has recently pointed out that the proportion of the advanced missile systems to the ground strategic nuclear forces has increased from 13 to 25 percent. This means that the strategic nuclear forces remain a reliable guarantor of deterrence of any aggression.

Providing strategic missile forces with new weapons comes amid the international debate about NATO missile defense system approaching the borders of Russia. In fact, this is also a political issue."