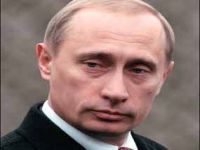 The Russian Prime Minister, Vladimir Putin, has more than fifty percent of popular support for the presidential elections in March, notes a research center for the Study of Public Opinion (Vtsiom).

In just one week, Putin, who presents himself as a presidential candidate of the United Russia party, went from 48 to 52 percent, which is a sustained increase in the last four weeks, informed Vtsiom.

In turn, the top leader of the Communist Party of the Russian Federation, Gennady Zyuganov, increased from 10 to 11 points of popular support, while the Liberal Democratic leader Vladimir Zhirinovski remained at nine.

The candidate for the Fair Russia Party, Sergei Mironov, fell from five to four per cent, while one of the founders of the Yabloko party, Gregori Yavlinski, also saw his popularity decrease from two to one, as did the tycoon Mikhail Projorov, who went from three to two.

For the governor of the province of Irkutsk, Dmitri Mezentsev, leader of an unregistered party, and Svetlana Peunova, electoral sympathy was null says Vtsiom.

In addition, 65 percent of respondents estimated that there will be only one round of elections, while 48 percent ruled out the need for a replacement to the current Kremlin government leader.

A quarter of respondents confessed that they will vote against Putin's candidacy, while 27 percent appear undecided, mostly young, people with a higher education level and inhabitants of Moscow and St. Petersburg.

The research of the quoted center was carried out this month with 1,600 people in 153 locations in 46 Russian regions.

In turn, the Public Opinion Fund (FOM) indicates that Putin has a 45-point backing, Zyuganov, 11, Zhirinovski, 10, Projorov and Mironov with three each, and Yablinski and the other candidates with one.

The support to Putin's management of the government increased from 45 to 47 percent, while 57 percent of respondents indicated that their confidence in the Prime Minister rose in the last month, affirms FOM.

For the daily RBK Daily, the most conservative electorate has awakened after two giant demonstrations organized by the opposition in this capital, after which the question of what may occur in the country if it was not directed by Putin increased.

Between 10 to 15 percent of the population participated in protests, the newspaper believes.

The FOM research was carried out with three thousand people in 204 locations in 64 regions of the country.