Europe to ease visa regime with Russia in 2012 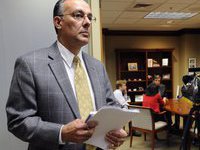 The European Union plans to sign a document about the simplification of the visa regime with the Russian Federation. Michael Webb, charge d'affaires of the EU delegation to Russia, said that the agreement to ease visa procedures up to 90 days could be signed in the first half of 2012, Euromag.ru said.

The discussion of the plan of Moscow and Brussels to cancel the visas between the Russian Federation and the European Union was completed in the beginning of November 2011. The list of mutual steps to elaborate the agreement about the visa-free regime was coordinated at the Russia-EU summit in Brussels on December 14-14, 2011.

Now officials will have to deal with technical issues. Some of them are connected with the necessity to bar organized criminal groups from crossing the borders, Vedomosti reports.

The first European country to have opened borders for Russian citizens was Croatia. In addition to the simplified entry for the summer tourist season - from April 1 till October 31 - tourists from Russia only need to have their international passports to visit Croatia. However, the privileges will end in 2013, when Croatia becomes a full-fledged member of the European Union. Afterwards, Russians will have to make Schengen visas to be able to travel to Croatia. However, from January 2012, if a tourist has a valid multi- or single-entry Schengen visa in their passports, they will not need to have transit visas in case tourists plan to travel across Croatia during three days.

Acting members of the Schengen Agreement - Sweden and Poland - are also going to ease visa procedures with Russia. This year, Poland is going to host the Euro-2012 football championship. Tourists will be able to submit visa documents in March of this year. If tourists present their tickets for football matches, their documents will be prepared much faster. Even if a person does not have any ticket, their visas will be arranged faster than usual, officials promised.

In addition, the Polish authorities said in the beginning of December that Poland would be ready to issue Schengen visas to Russian tourists for five years. However, a person would have to have at least two expired Schengen visas for it. Officials with the Russian Union for the Tourist Industry said that it was an unexampled decision that Poland made. Warsaw was previously known for its complications in issuing visas.