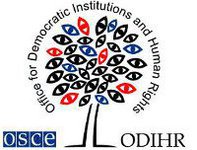 The Office for Democratic Institutions and Human Rights (ODIHR) has set out its concerns about the democratic elections in Russia. Spokespeople for the organization claim that the quota of 200 observers, which was set by Russia's Central Election Committee, would seriously complicate their work to control the voting process.

Janez Lenarcic, the director of the OSCE's Office for Democratic Institutions and Human Rights, said in September that he would like to organize the mission of observers - 260 people - at the elections to the Russian Parliament (the State Duma). According to the official, this number of observers will be required to conduct the mission thoroughly, in accordance with ODIHR's rules.

Vladimir Churov, the chairman of Russia's Central Election Committee, said that 260 observers was too much. The ODIHR was pursuing the double standards policy, Churov added. The Office sends a limited number of observers to the countries of the first group, or the so-called first-class countries that include nearly all European states, the USA and Canada. As for the countries of the second group, the Office usually sends there up to 300 observers. This is not fair towards Russia, Vladimir Churov claimed. It would not be correct to place Russia on the same level with, for example, the former Yugoslavia, Albania or Kyrgyzstan.

As for the quantity of the observers, experts say that this is a purely political issue, which shows absolutely no influence on the quality of the mission's work.

"It is simply obvious that 260 and 460 people for 96,000 poll stations and 108 million electors is like a drop in the ocean," Alexander Kynev, an opposition scientist of politics said.

"They lowered the number before, when Lenarcic said that they would like to send 450 people. The number has been halved now," Borisov said. "The OSCE's  ODIHR does not have the methodology. Therefore, neither 450, nor 100 people will be able to give an objective assessment to the elections," he said.

As a result, Russia's CEC set the quota of 200 observers. Needless to say that European officials were disappointed with that. Jens Hagen Eschenbrecher, the press secretary for ODIHR's director, stated that the organization would be able to do all the work anyway. It is not clear then whether there was a need to arrange the scandal. What was the point of the requirement to increase the number of observers if it was later acknowledged that the number did not really matter?

There is only one answer to this question. The goals and objectives of ODIHR's observers differ from observers' objectives per se.

As experience shows, Russia is open for cooperation with other countries, unless the messengers from other countries want to cause damage to Russia's international image.

"It would be good if we have many observers coming to Russia for the elections. However, the ODIHR sent only 13 observers to the parliamentary elections in Turkey and that was just fine. I can neither understand nor accept their approach to Russia at this point. Not just to Russia - to any country," Konstantin Kosachev, the head of the Russian delegation at the Parliamentary Assembly of the Council of Europe said.

The ODIHR refused to observe the previous parliamentary elections in Russia. At first, the organization was not happy with Russia's offer about the quota of the observers - 70 people. Afterwards, it took them too long to submit the application. As a result, they simply claimed that Russia had deliberately delayed them visas.

Russian politicians and scientists of politics are certain that Russia is not going to lose anything if the ODIHR decides not to send its observers for the upcoming elections. The observers of this organization will most likely announce the Russian elections non-democratic and non-transparent.

President Dmitry Medvedev said the same during the CIS Summit in Dushanbe in September. Medvedev criticized international observers for their biased approach to their work.

"The delegations of the Office for Democratic Institutions and Human Rights usually consist of a great number of people. The international observers, who come here from the OSCE, may often demonstrate a politically motivated approach to their assessment of elections," Medvedev said.

The ODIHR reacted positively to the invitation from Russia's Central Election Committee. However, the situation of 2007 may repeat again. If it happens, it will only confirm the existence of the political motive in Europe.