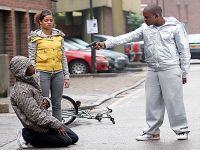 The Independent has joined the BBC (British Bullshit Corporation) in spreading nasty gloom and doom stories about Russia. It has been a while since British journalists travelled the length and breadth of Russia looking through trash cans for a nice juicy "Stalinist era" "craphole" story. And now...Krokodil, the drug that eats junkies.

This piece (of ****) comes from The Independent, published on Wednesday June 22, under the title "Krokodil: The drug that eats junkies", lead "A home-made heroin substitute is having a horrific effect on thousands of Russia's drug addicts" by one Shaun Walker. It is not really Shaun Walker's piece that rankles, but rather the British slant on Russia in general.

In his article, Shaun Walker discovers the Russian city of Tver. Predictably, early on we have the phrase "Soviet-era block of flats". See the horrific and disgusting British residences in these photos and see if they have any moral high ground. Now what exactly is that supposed to mean? Is the writer referring to the excellent and free housing Russians enjoyed in Soviet times, coupled with free or heavily subsidised public utilities, public transportation, guaranteed job, 100% employment, free education, healthcare, leisure time activities, State-sponsored social mobility programmes, security of the State, security on the street, indexed pension, staple food and drinks provided for free and so on and so forth? No, the author may as well have said "Stalinist shithole". 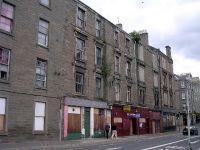 True, we didn't this time have the reference to "grey skies, people and buildings" or "Russian cuisine is an egg floating in luke-warm water" (no really, all of it from the European frontier in the west, right across Eastern Europe, the Caucasus, Central Asia and the Far East as far as Russian Korea), neither did we have derogatory and sexist references to "Russian matrons" or "surly shop assistants".

Yet what do we have? A journalist writing for a respected British media outlet (another one) whose take on Russia is the rising living standards and tremendous prosperity enjoyed after Vladimir Putin and his United Russia party came on the scene? No. Russia's amazing beauty and unequalled history and culture? No. Russia's extremely varied cuisine? No. Russia's education system? No.

What we have from The Independent is a study not on the Russian city of Tver but rather, a minority living in Tver who take drugs. So why Tver? Well, because it is a Russian city and it provides a nice backdrop to the wider message unwritten but nevertheless referred to in the psyche of generations brought up on Cold War Bullshit, a reminder that Russia is dangerous, unsavoury and unwelcome. 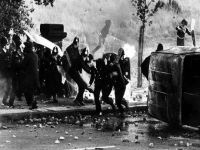 Those colleagues of mine at Pravda.Ru who live in Tver and know the city far better than Shaun Walker or anyone at The Independent confirm that they know drug addicts exist in the city, as they exist anywhere else, but that Tver is not a "druggie center"; indeed, those who do not venture into that part of town do not see them.

So why does The Independent take a minority from a city (a small detail trying to deride the wider picture) and try to paint a picture? Easy to answer. To create the identity of a strong "us", one has to create a strong "them".

Therefore whatever British publication one reads, one will find negative stories about Russia. You name it...pollution, corruption, drug addicts, prostitutes, never anything positive. And supposing one went to the United Kingdom and spent a weekend in, for example, any inner city?

Would one find erudite groups of citizens enjoying a picnic on a park bench playing chess (as one indeed finds anywhere in Russia)? Would one find good-natured banter among young boys and girls sitting around a fountain in a garden, as one finds in all Russian cities? No, I will tell you what you would find. See the photos. 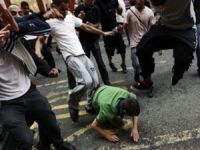 After six o'clock p.m. all the elderly in the city and area around would be locked and bolted in their homes, terrified to venture out, then the further you go into the night, and the later in the week, the worse it gets, starting with marauding groups of swearing and urinating thugs standing outside supermarkets threatening anyone who dares to venture in and ending with the local bus stops and train stations rendered into latrines, resembling open sewers which look like the local pigsty has been turned out.

This, coupled with screams, revolting language and smashing bottles. So we see, the UK doesn't even need drug addicts to create similar or worse scenes than The Independent published about Tver, does it? 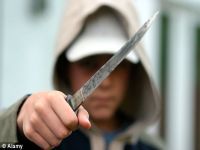 Now that we are speaking about Tver, suppose someone told the truth for a change? From The Independent, the only thing referred to as "pretty" is the "Tsarist-era buildings"; the rest is "miserable", the benches are "cracked", a "park" (in commas) is "weed-infested" and people do not drink, nay they "gulp" cans of drinks, amidst "crumbling apartment blocks" in a city where the high point is to "take the bus to the McDonald's by the train station."

Is this journalism? Or petty Cold War era propaganda of the most amateur and infantile type? As usual, nonsense, diatribes and plain, barefaced lies about Russia from the British Bullshit media. Suppose for once Britain sorted its own problems out instead of wasting its taxpayers' millions gallivanting round the globe unwanted? 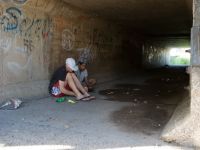