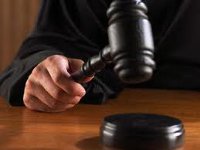 The question about the existence of the Russian Movement Against Illegal Immigration (known in Russia as DPNI) has been solved. The Moscow City Court ruled to recognize the movement as an extremist organization. The ruling became a coup de grace for the movement of Russian nationalists. It can be called either "the strike of mercy" or "the political euthanasia." The words do not change anything, though. The authorities made the decision, which the leaders of "legal" nationalists could not make.

The official process to recognize the fighters against illegal immigration in Russia continued for two months. Two months ago, Moscow Prosecutor Yury Syomin lodged a legal application to the Moscow City Court to ban the activities of DPNI. Activists of the movement tried to protest against the decision, but they did not look very enthusiastic about it.

For example, they claimed that prosecutors disrespected both the organization and the court because they referred to DPNI as the movement against unlawful immigration. They also tried to  defend their organization outside Russia, in an international court institution. However, they failed to provide convincing evidence.

"We thought that the process was based on the principle of competition, so we were very much surprised when all representatives of the defendant walked out of the court room before the decision was announced," prosecutor Irina Semyonova said.

The decision, which the court made, was expectable, Dmitry Badovsky, deputy general director of the Institute of Social Systems at Moscow State University said. The representatives of the movement were expecting that decision as well.

"They realized that the days of their movement were numbered, so they started to look for opportunities to create another organization in cooperation with other structures," the expert said.

Alexander Konovalov, the President of the Institute of Strategic Analysis, said:

"If preventive measures have been taken against radical nationalist organizations, if it is proved at court, I will not hold anything against it. If the court is being used to ban an opposition organization - this is one part of the story. But if DPNI were raiding commuter trains and attacking Asian-looking people, then it's good that the movement has been banned," he said.

"Any nationalism, and DPNI is an example of such nationalism, is pure evil for the Russian Federation. It carries a threat to the integrity of the society. Nationalism of any type is a start of the collapse of a country. It requires a reaction from the authorities - legislative, executive or judiciary," scientist of politics Dmitry Gusev said.

"This is a correct decision. I believe that Russia was too tolerant towards various racist and ultra-right organizations," Boris Kagarlitsky, the director of the Institute of Globalization and Social Movements said.

As a matter of fact, DPNI as an organization entered the period of serious internal struggle after 2007. The split inside the organization occurred during the congress in the summer of 2008. Generally speaking, for DPNI leaders, the organization has turned into a suitcase without a handle. The suitcase is too heavy to carry, and it is too hard to leave it.

Now the radicals have an opportunity to say that the authorities are conducting repressions against them, that they will start everything from the very beginning, and so on and so forth.