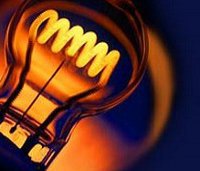 The sales of 100W+ light bulbs were banned in Russia beginning from January 1, 2011. Manufacturers found a way out of the problem immediately and started to produce 95W bulbs instead. However, by January 1, 2014, Russia plans to ban all types of conventional glow lamps and replace them with energy-saving light bulbs. However, the energy-saving bulbs available in Russia are filled with mercury, and no one, as it seems, intends to solve the problem of their utilization.

President Medvedev approved the schedule to replace glow lamps with energy-saving bulbs in November 2009. According to the program, Russia will have to refuse from the use of traditional glow lamps by 2014. From January 1, 2013, Russia is supposedly going to ban 75W+ light bulbs. All types of glow lamps are to be banned in the country from January 1, 2014.

A standard energy-saving light bulb is filled with three or five milligrams of mercury. It is an open secret that mercury is categorized as first class danger metal - highly reactive toxic agent.

There were as many as 60 million energy-saving bulbs sold in Russia in 2009. They last a lot longer, so one should not expect a massive fallout of of toxic substances in the atmosphere. However, many Russians used to purchase such bulbs before as well. Those bulbs were of Chinese origin and their durability was a lot shorter. The operating life of such bulbs depends on their exploitation: they do not like to be turned on and off frequently. To crown it all, people may very often break light bulbs, which in this case seems to be a very hazardous incident.

It just so happens that this year Russians will throw out hundreds of thousands of energy-saving light bulbs. It is strictly forbidden to dispose such bulbs as conventional garbage. However, there is no network in the country that would deal with their utilization. More importantly, the Russian population remains uninformed about the proper utilization of such bulbs.

Russia also makes non-toxic LED bulbs. They are considerably more expensive than other sources of light available on the market. However, experts already say that LED bulbs will be widely used in the future because energy-saving bulbs pose a serious ecological hazard.

Over 80 billion tons of solid wastes have been accumulated on Russian landfills. This number grows by 7 billion tons every year, Alexander Torshin, the first vice speaker of the Federation Council said.

"Garbage and solid domestic wastes take over 2,000 square kilometers of Russia's territory. This is six times as large as the territory of Malta," the official said.