Russia and Poland in major scandal over Lech Kaczynski's death 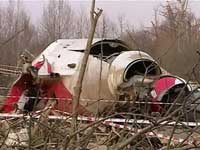 In Moscow, the findings on the causes of the crash of the Tu-154 near Smolensk that caused the death of Polish President Lech Kaczynski and another 95 people have been released. According to Russian experts, the situation is clear. The main culprits of the tragedy were the Poles. The content of the document is a real blow to Poland.

The text of the report was prepared by the Interstate Aviation Committee (IAC) the day before and sent to the Polish side. It is worth mentioning that none of the senior Polish officials were present at the official release of the document in Moscow. The press conference was attended only by the head of IAC and representatives of the Polish Embassy in Russia. It is hardly likely that they were pleased to hear the results.

According to chairman of IAC Tatyana Anodina, the immediate cause of the accident were not the Russian flight managers, as the Polish side tried to prove many times, but the decision of the president's crew not to go to the alternate airport. It turns out that the talks of Polish politicians about President Kaczynski being killed by "cursed Russia" is no more than fruits of sick imagination.

"During the flight, the crew of the Tu-154 was repeatedly informed of meteorological conditions at the airport of destination, the minimum requirements set by air traffic control and Belarus' Smolensk North airport, as well as the crew of the Polish Yak-40 aircraft, which had previously landed at Smolensk airport. Despite this, the crew of the Tu-154 has chosen not to go to the alternate airport. This fact can be considered the beginning of the emergency situation in flight," Anodina said.

"The crew requested the so-called trial landing in the actual weather conditions, (which were) much worse than the established minimums for landing both for the crew, the airport and the aircraft," noted Anodina. According to her, because weather conditions were below the established ones, the pilots were instructed to go to the second round. They confirmed it. Yet, then the crew decided to land again. The decision has proven fatal.

It is hardly likely that Poland will like the conclusion. Systemic failures in the preparation of the crew and flight operations organization have played their role in the tragedy. However, the presence in the cockpit of an outsider, Air Force Commander of Poland Andrzej Blasik, has played a much greater role in the fact that the crew made the costly decision. Back in spring some Polish media outlets discussed the fact that he was putting pressure on the crew. This assumption has been confirmed.

"It was the conclusion of the flight experts and aviation psychologists, including Polish ones, that the presence of the Polish Air Force Commander in the cockpit up to the moment of the collision with the ground exerted a psychological pressure on the decision of the commander to continue the decline under the circumstances of undue risk, with a dominant purpose of landing no matter what," Anodina stressed.

In addition, another detail was revealed that characterizes the late Blasik in the most unfavorable light. "As a result of forensic examination, ethyl alcohol concentration of 0.6 ppm was found in the blood of the Air Force Chief," Anodina said. It turns out that the crew was pressed by the intoxicated senior military official who could have been following the instructions of a more senior passenger.

This brings the memory of scandalous statements made by a deputy Sejm Jan Palikota last summer. According to his theory, before climbing aboard, President Kaczynski had consumed a fair share of alcohol. The report prepared by IAC did not say a word about the condition of the Polish leader. However, there is a wide area for speculation. It is unlikely that Blasik was the only passenger who was drinking.

The main part of the IAC's document was handed over to Poland before the New Year, and then Polish Prime Minister Donald Tusk made it clear that his experts were not satisfied with the results of Russian findings. He did not go into details, but now it is obvious what the Poles did not like. The situation on board the presidential plane was far from ideal. There were no signs of conspiracy against Kaczynski.

However, the fact that the Poles were flying to commemorate the Polish officers shot at Katyn looks too symbolic. Radically-minded Russophobes in Poland will most certainly insist that the IAC report does not contain a single grain of truth, that the Russian authorities have decided to get rid of their enemy and Polish patriot, that they wanted to cover the tracks either of a plot against Kaczynski, or (at best) the errors of their dispatchers.

Given the fact that in the fall of this year Poland will hold the elections to the Sejm, there likely be numerous speculations on the subject of findings of the IAC and new anti-Russian statements. How the disclosure of the causes of the disaster will affect the Russian-Polish relations? Experts Gregory Amnuel and Bogdan Bezpalko shared their comments in an interview with Pravda.ru.

"This is actually a criminal tradition - to write off what happened to the ones who are no longer alive," said the executive director of the International Club "Open Dialogue" Gregory Amnuel. "Such way of thinking is popular among a certain part of the Russian society. Some people are traditionally trying to find a scapegoat.

As for Poland itself, the public opinion in the country is split. Some Poles believe the disaster in Smolensk was a tragic accident. Others strongly disagree. They point out that during the investigation into the incident many Polish and international laws have been violated. Therefore, the IAC's conclusions cannot be trusted.

Based on the existing international law, Russia was supposed to hand over all evidence of this tragedy, including the wreckage of the plane, to Poland. This has not been done right away. I suppose that the discussion of the events in Smolensk that took place on April 10, 2010 will continue for a very long time".

"Whatever the conclusions of experts on the disaster are, the accident will forever live in the memory of the Russian and Polish people, and it will always be the basis for the creation of myths directed against Russia," said an expert on Polish history Bogdan Bezpalko. "Even if it was, for example, proved that the drunk commander in chief was beating the pilots, forcing them to land near Smolensk, it would not change anything.

In any case, the crash of number one plane in Poland will always be considered a conspiracy against Poland's political elite. This situation will be corrected with time only. As evident from the story with the Katyn affair, several decades must pass before the passions subside.

But even under the best case scenario, the attitude of the significant part of Polish society cannot be changed. Even if the new authorities in Poland are sensible politicians who understand that Russia is closer than the U.S., many Poles will anyway look askance at our country.

This is not because sensible politicians are a minority in Poland. It is because anti-Russian myths are hammered into the heads of many members of Polish society who will always regard Poland as a "border guard" that protects Europe against the aggressive Russia."