Could Russia become China after financial collapse in 1998? 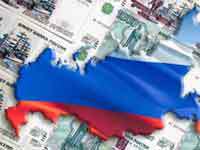 The financial crisis of 1998 presented the leadership of Russia with a challenging task: to choose a new path of the economic development. There were several scenarios. The government preferred the option with tight fiscal policies and structural reforms. But was it the right choice?

Anton Safonov, an analyst of Investkafe, told Bigness.ru that after the financial crisis of 1998, when the US dollar has grown from 6 rubles to 25 rubles, the Russian economy could have developed according to several scenarios.

"First, the government could have been unprepared for reforms, particularly in in the budgetary and fiscal areas, that would have jeopardized the ability to meet the obligations, especially external ones. As a result of inability to stimulate domestic demand, the economy would have virtually no capacity for development," said the expert.

Also, according to the expert, the government could have completely abandon debt payments to improve the economic situation in the country. Such a scenario was chosen in early 2000 by the Russian government, whose head at that time was Kasyanov. But such policies could have resulted in Russia's expulsion from international organizations and other sanctions in connection with which the President had decided to continue payments on the government debt.

"Such a scenario would have also led to the possibility of using only domestic sources for financing the budget deficit, which was not enough," said the expert.

The country's leadership has chosen the third option with a tough fiscal policy and structural reforms. Thanks to the actions of the Central Bank, who led the tight fiscal restraint and monetary policies, the country managed to increase tax collection and reduce inflation. Flat income tax for individuals was established at 13%, the income tax rate was reduced to 24%, a regressive unified social tax was introduced, turnover taxes and sales tax were abolished, and the total amount of taxes was significantly reduced. The process has also reduced the tax burden.

Attempts were made to reduce administrative barriers and reform the natural monopolies. Integration processes started to develop. Gold and foreign exchange reserves of the Central Bank were rapidly growing. In 2002 the pension reform was undertaken, and in the period from 2001 to 2004 banking reform was carried out.

"Undoubtedly, the economic development was positively influenced by the oil prices, which, due to the increased demand from Asian countries, held at a high level.

These funds could have been used for the investment into the economy, particularly in the industries that would ensure economic growth in the long run. But such a decision was contradicting to the stabilizing function of the Stabilization Fund, which played an important role during the 2008 crisis," says Anton Safronov.

The Stabilization Fund was to provide additional stability to public finances, as well as serve as a source of financing for the investment projects that would reduce budget expenditures in the future periods. At the beginning of 2008, the Stabilization Fund, which was divided into the Reserve Fund and National Welfare Fund, amounted to 3.85 trillion rubles.

The emphasis was placed on the establishments of the institutions that could ensure stable functioning of the economy.

As a result, before the crisis of 2008, Russia has witnessed a substantial budget and current accounts surplus, the reserves in the budgetary funds grew rapidly, as well as gold reserves. Yet, certain easing of monetary and fiscal policies led to "overheating" of the economy, largely due to a strong growth of lending, thanks to low interest rates. The budget expenses also grew in 2007, and their growth was three times higher than the growth of the GDP. The import was growing at high rates, as well as the external debt (at the end of 2007 it amounted to $417.2 billion, compared to $108 billion in 2005).

At the beginning of the global financial crisis of 2008, Russia had the advantage of the accumulated reserve funds. Large sums were allocated to insolvent banks, The Bank for the Development and Foreign Economic Affairs backed companies that were unable to repay foreign currency debt. In 2008, the anti-crisis measures reached 1.089 trillion rubles (2.6% of the GDP).

In order to support bank liquidity, the Ministry of Finance placed the federal funds on deposit at commercial banks. The funds were also used for placement on the domestic market. The National Welfare Fund provided funds for the amount 175 billion rubles in 2008.

Another 200 billion rubles were allocated to capitalize troubled banks. A line of credit to support banks was created, whose use by the beginning of 2009 amounted to 114.3 billion rubles. One of the anti-crisis measures introduced was the increased insurance on private deposits from 400 thousand rubles up to 700 thousand rubles. Actions were taken to keep the tariffs at an acceptable level.

"Large-scale anti-crisis measures have allowed Russia to reduce its losses caused by the crisis. But, unfortunately, the crisis will be felt for a very long time. The main concern now is the budget deficit, rising debt and slowing economic recovery in general," says the analyst of Investcafe.

According to the expert, the economy is gradually recovering, but at a very slow pace. In September, the consumer activity has significantly decreased and reached 4.7% versus 6.5% a month earlier. "We cannot yet talk about sustainable growth of industrial production, since the growth of 8.9% for the nine months of 2010 can be explained with the effect of a low base (for the same period in 2009 this indicator dropped by more than 10%). However, if the industrial production continues to grow at a good pace, and retail sales will not decline, it will allow us to talk about the growth of the Russian GDP by 3.7-3.8% for the year, slightly below the official forecast of 4%," the expert believes.

But, as noted by Anton Safronov, the development of the country could have taken a completely different path, and a good example here is China.

The Chinese economy has been constantly growing in the past 30 years, and its successful development can be attributed to the strategic objectives that were announced back in 1981. According to these targets, the country's GDP was to grow four-fold by 2000, but in reality it has grown more than six-fold.

The reforms in the country were introduced gradually, which made it possible to solve certain problems, but all of them were aimed at a long-term development.

One of the main arenas for the reforms in China is agriculture. First of all, the modernization of agriculture touched the coastal regions, which have become a locomotive for the economy. The Government continues to support the agricultural sector, and in 2006, agricultural taxes were completely repealed. Of course, as noted by the expert, due to self-sufficiency of individual regions, living conditions in the country vary greatly, but it was the government policy to equalize the level of regional development.

"Cheap labor force remains one of the advantages of China. To maintain this advantage, the registration reform was introduced in 2001. According to this reform, migration within the country is now influenced by the market mechanisms, which will significantly increase the proportion of urban population, which is the main source of labor force," says the expert.

He stressed that the growth of the Chinese economy is impossible without the small and medium-sized businesses that are export oriented. The government structures are actively helping such enterprises to develop overseas markets. The industries that were originally controlled by the government opened to small and medium businesses, and government orders became available for them as well.

China's small and medium business sector provides approximately 60% of the GDP, compared to 20-25% in Russia. Over 60% of China's export is generated specifically by small and medium-sized businesses.

The global financial crisis has affected China quite significantly in terms of the export-oriented economies. As a result, in the first six months of 2008 approximately 70 thousand small and medium businesses ran bankruptcy. Later, the number of bankrupt companies has increased due the ban on wage reduction and use of the forced leave, as the companies failed to optimize expenses.

In 2008, the Bank of China lowered rates 5 times to sustain the economic growth. Nearly $585 billion has been allocated to support the economy. First of all, the government is hoping to solve the unemployment problem through the construction of several large objects.

The anti-crisis measures taken by the Chinese government, according to the expert, will accelerate the modernization of the economic system. The country's economic growth is impressive: for the third quarter the GDP grew by 9.6%, and for the nine months of 2010, China's economic growth has reached 10.6%.

"Of course, the economic reforms are often unpopular among the population, since they bring the short-term negative impact on the lives of millions of people, but China can cope with it thanks to an authoritarian regime. This means that radical reforms in Russia are unacceptable; however, it is necessary to use China's experience in supporting and developing small and medium-sized businesses, as well as in the development of technology-intensive enterprises. This will create a foundation for stable economic growth in the future," summed up Anton Safronov, an analyst of Investkafe.