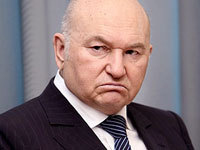 On September 28th, Russian President Dmitry Medvedev signed a decree to relieve Moscow mayor Yury Luzhkov of his duties "in connection with the president's loss of confidence in him." Many experts believe that the long-expected sacking of the head of the Moscow government occurred as a result of all-embracing corruption in the city.

"Of course, the situation was extremely unhealthy, and everyone was aware of that, - Konstantin Simonov said. - This is the situation when everything looks right on its face, but it's mockery in essence. For example, the mayor's wife is Europe's wealthiest woman, she works in the city and receives orders from the city government. The mayor was just saying that he did not have anything to do with it claiming that she was a talented person and he could not forbid her to work. It is absolutely clear that this situation is extremely not normal and unhealthy. Everyone is aware of the costs of roads and of the Moscow infrastructure," the scientist of politics said.

Deputy director of the Institute of Public Projects, Mikhail Rogozhnikov, believes that corruption was the main reason for Luzhkov's resignation.

"The main reason for the Moscow mayor's resignation is corruption that has been eating the entire capital, and absolutely incredible preferences to "insiders," the expert told Politonline.ru.

Yury Luzhkov is one of the old-timers of Russia's ruling party of power.

"In United Russia, there are two basic constituents: Motherland-All Russia, chaired by Luzhkov and Shaimiyev, and "Unity," which was associated with Putin. They ran for the State Duma elections separately in 1999 and united after Vladimir Putin became president," another scientist of politics, Vitaly Ivanov said. "At the same time, it would not be correct to consider Luzhkov a stronghold, a basis of the party, whose absence could cause damage to United Russia," he added.

"By and large, Luzhkov was not associated with the party, he was just considered one of its founders. On the one hand, Yury Luzhkov was the party basis in Moscow. On the other hand, he became a burden for the party. There were too many corruption scandals, too much friction and even conflicts with the federal center," Vitaly Ivanov said. The specialist added that Luzhkov had to take part in the creation of United Russia because he found himself in the "too-hard-to-carry-impossible-to-drop-it" situation with his party. Now he has become a burden for United Russia. In particular, the Moscow mayor repeatedly set forth suggestions to divide United Russia party as it happened on the threshold of the elections to the State Duma in 2007. "He distanced himself from the party. It would be incorrect to consider him a sincere, devoted and successive member," the scientist of politics said.

First signs of big trouble appeared for Yury Luzhkov in the beginning of September, when Russia's NTV channel aired a documentary ironically titled "It's in the cap" (Mr. Luzhkov is known for his fondness of wearing caps - ed.), in which the mayor was harshly criticized for his activities. However, it seemed that Mr. Luzhkov was absolutely certain of his invincibility because he entered in a real war with the media.

"The fact of such tough sacking says that Luzhkov did not even think that he could be removed from his position. It seemed to me that a compromise had been reached and that he would step down on Monday. He decided that no one would take a risk to sack him, so he decided to fight the tiger and not to resign. A principled stand may sometimes become something different and I agree with those who say that Luzhkov disregarded United Russia's opinion," Konstantin Simonov said.

In United Russia, no one is sorry about the latest news. "We proceed from the fact that the head of state had reason for its, and unfortunately, Mr. Luzhkov gave reasons to the president for such a decision," Boris Gryzlov, one of United Russia's leaders said.

Vyacheslav Volodin, the secretary of the presidium of the party set out his regret in connection with the fact that one of the founders of the party had lost the president's confidence as a result of his own mistakes. "But we have to work further. We already work on our suggestions about the candidates for the position of the Moscow mayor, in accordance with the federal law," he said.