Russia To Purchase 'Soldier of Future' Equipment from France

Russia has received the technology for the production of night vision devices for armored vehicles from France. The contract was signed by Rosoboronexport and French company Thales. The night vision devices for T-90 tanks will be manufactured under license at an optical-mechanical plant in Vologda. The country is prepared to purchase weapons overseas only coupled with the technology. 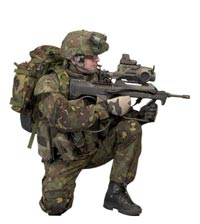 Russia To Purchase 'Soldier of Future' Equipment from France

"Under the contract, Russia has the right to assemble thermal imaging systems for armored vehicles under license in Vologda, with the subsequent maintenance," said Igor Sevastyanov, head of the government company. The sum of the contract signed in Paris earlier is not specified, RIA Novosti reports.

The center for manufacturing of the night vision equipment for tanks T-90 has been already created at the Vologda Optical and Mechanical Plant. The center is to be opened in July of 2010.

The second contract signed with French partners is for the supply of communication units for Russian armed vehicles. "The first contract provides for the transfer of technology to Russia that will now be able to produce thermal imagers under license at Vologda Optical and Mechanical Plant. The second contract allows Russia to temporarily import communication units for integration into the Russian armored vehicles for testing purposes. The third contract is a procurement contract," quotes the agency.

Thales is a longtime partner of Rosoboronexport that has been supplying Russia with avionics for the equipment made in Russia. The company exports equipment and onboard systems for MiG-21, MiG-29, Su-30 MKI, Su-30 MKM, T-90 tanks, combat vehicles BMP-3 and many other systems.

The Russian Defense Ministry has expressed interest in buying four helicopter carriers "Mistral" from France. Prime Minister Vladimir Putin explained before his French visit that Russia was interested in buying French helicopter carrier "Mistral" only in conjunction with the technology and orders for Russian enterprises. This issue must be thoroughly examined at the expert level, RIA Novosti reports .

As the prime minister mentioned, "For Russia, this transaction may be of interest only if it is implemented with a parallel transfer of technology. This is done to ensure that our shipbuilding - both military and civilian - would receive new technological impetus for the development," Putin said.

A few days ago the information was released that the Russian Ministry of Defense may purchase a limited party of Future Force Warrior FELIN for GRU Special Forces from the French Safran Corporation. Negotiations are underway.

According to Vladimir Popovkin, Deputy Defense Minister and Chief of armed forces, Russian specialists will examine characteristics of the equipment and make a decision. He stressed that the Ministry of Defense values the technology that should be in Russia, and not the amount of purchased foreign equipment, RIA Novosti reports.

"The Ministry of Defense purchases limited amounts of arms in order to explore new technologies. This is important so that we could always manufacture the latest equipment regardless of the political conditions," Popovkin said.

The French ordered nearly 5 thousand sets for their units worth $225 million in total. The price of one FELIN set is approximately $45 thousand.

Purchasing of weapons is not limited to the procurement of Navy equipment, unmanned vehicles and technologies for the Air Force. Armored vehicles may be purchased abroad as well. This includes purchasing of armored cars made by the Italian company IVECO, which could launch licensed production in Russia. Armored IVECO have been already tested by Airborne Landing Forces. The vehicle was rather comfortable, but its terrain crossing capacity was objectively lower than that of its Russian counterparts, in particular, "Tiger".

Nevertheless, a contract may be signed with the Italian company IVECO for the assembly of up to 3,000 LMV armored vehicles worth at least 1.5 billion Euros at the Russian Kamaz plant. Some experts believe that Russia's "Tiger" is superior to the Italian vehicle in all respects. At the moment, it is three times cheaper. However, the engines for the military jeeps were purchased from the American company Cummins. It is expected that Russian engines of YMZ-530 type will be installed on the “Tiger” family of vehicles.

The family of diesel engines YMZ-530 is completely new to Russia. Currently, GAZ Group is building a new plant for the production of these engines in Yaroslavl. However, according to the Group representatives, government money is not yet available through the state-controlled banks.

This engineering project is essential, both for the military and civilian sectors. Now the Russian army equipment is outfitted with nearly thirty engines of different models, types and brands, which leads to a significant rise in price of the equipment and impedes normal maintenance. The YMZ-534 engine meets “Euro-4” standards, which is important for the civilian automotive industry.

In late May Konstantin Biryulin, deputy director of the Federal Service for Military-Technical Cooperation (FSMTC) of Russia said that Kazakhstan started negotiations with Russia regarding the supply of Russian armored vehicles "Tiger."

Some media outlets also reported that the Russian army may be buying "Bereta" pistols. The Defense Ministry said that Russia did not need small arms produced by foreign manufactures.