Russian Prime Minister Vladimir Putin outlined details of the 2011 Russian State Budget at a meeting on economic development scenarios 2011-2013 yesterday in Novo-Ogarevo. During his delivery, three key words appeared, setting the path for the economic recovery over the next three years: compromise, costs and conservatism. 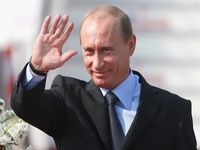 For Vladimir Putin, the priorities over the forthcoming three years will be the modernization of Russia’s companies and service providers, investment, development of infrastructure industries and the reduction of costs among the monopolies, while at the same time providing services which the public can afford.

For this, he claimed, “We should find a reasonable compromise between our infrastructure modernization plans and consumers’ possibilities, how to distribute the load between the market players and the population”.

Regarding costs, he stated that the onus now is on the monopolies continuing to provide services but reducing their cost through cutting non-core areas and disposing of these assets, while “introducing competitive procedures for purchases”.

Vladimir Putin expects Russia to fully recover from the 2009 financial and economic crisis within three years. For this Russia can count on a favourable climate as regards process of raw materials, upon which an important part of the economy relies. This will entail a slow increase of real income once again for the population and will allow the Government to increase pensions at least to the minimum subsistence level.

The Prime Minister considers as absolute priorities to “say how the proposed modernization and competitiveness measures will affect the rate and quality of economic development in Russia and how labour productivity will grow”.