The line between modernization and “Stalin’s repressions” is extremely fine. It would seem that under Stalin directors of factories and engineers were sent to GULAG for no reason. Would it be easier not to commit such crimes? Steady stereotypes about the past are one thing and real problems of the present are another. These present problems make responsibility issues extremely acute. 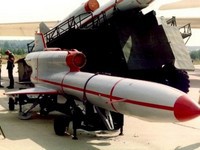 In the beginning of April of 2010 Russia’s Deputy Minister of Defense Vladimir Popovkin stated that the Ministry has spent five billion rubles for the development and testing of Russian pilotless aircrafts. It is worth mentioning that in the 1970s-1980s, the USSR was the leader in manufacturing of pilotless aircrafts and produced 950 units of Tu-143 intelligence apparatus. This means the country had a good potential.

“Today we are conducting work to create systems with aircrafts of various functions, including intelligence, combat, retranslations of control signals, target detection for striking weapons,” he said. “Meanwhile we are developing pilotless aircrafts, planes and helicopters, with different start types (both with acceleration devices and plane-like), both short and long range.”

In 2010 the Ministry of Defense tested pilotless aircrafts provided by Russian manufacturers. According to Alexander Zelin, Russian devices did not meet the requirements of the military officers. This was the result of three years of work and five billion rubles of financing.

Now Russia is testing Israeli equipment. If the information of unofficial sources is correct, in the near future Russia is planning to spend a comparable amount for Israeli pilotless aircrafts. Besides, according to Sergey Chemezov, general director of Rostechnologii State Corporation, Russia is planning to create a joint venture with Israel to produce pilotless aircrafts. It looks like the credibility of Russian aircrafts manufacturers has been seriously undermined.

The other day Anatoly Serdyukov, the Minister of Defense, announced that his department will be purchasing armor from Germany. His statement sounded quite harsh. “While purchasing new military equipment, the Ministry of Defense will base its decisions on the necessity of providing safety of our personnel. We will not purchase Russian auto and armor equipment in its existing condition,” he said.

Unofficial sources commented on the situation and indicated the issues that the Ministry of Defense had with certain manufacturers whose price-quality ratio was beyond reason. The commentators suggest that this may bring Russian manufacturers to their senses. On the other hand, they are asking to forget about the Soviet Defense Industry phenomenon: “The management has changed.” The issues of the 1990s delivered a blow not only to the technologies but management methods as well. The so-called “market mechanisms” penetrated management, people say with bitter irony.

This is reflected in the facts that “locally managers felt the inflow of budget money,” “but they are in no hurry to deliver the results.” The chain “money-goods-money” has been broken, and managers are trying to exclude “goods” from it to the best of their ability. In vulgar parlance, “it is easier to “rake in the dough” than work.”

I am not trying to say that this situation is wide-spread and I will not even try to define where exactly it exists. We will consider that comments from unofficial sources are unverified and probably even misleading.

Yet, the fact remains – financing of Russian defense structure has been looking sad for a while, just like it did in the 1990s. Budget funds are inflowing. And then, when it turns out that the locally developed pilotless aircrafts do not satisfy the requirements of the military, comparable money is sent to Israel. Or, to Germany, in case of the armor.

The most interesting thing, however, is that billions of rubles go down the drain.

The work orders are given, funds are allocated, time goes by, and the result is completely different from the expected.

The work order came for a tractor, a few years later a motorized cart is wheeled to the testing platform. And you should not ask where the funds went. We do not live in Stalin’s times any more.