Russia: From Recession to Recovery

In hisannual report to the Russian Parliament on the Government’s handling of theeconomy, Prime Minister Vladimir Putin declared on Tuesday that the recessionis over, that healthcare reforms are on the way, promising to restructure thefinancial management of the financial sector, while stating that optimism isfuelled by the provisional forecasts after Q1 of 2010. 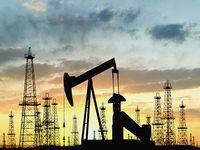 Russia: From Recession to Recovery

VladimirPutin stated that his Government avoided an economic collapse (such as the onein 1998). Admitting that some measures were more effective than others, hestated that the forecast for growth is now at 4% and that the results for thefirst quarter of the year fuel optimism.

While manycountries reduced social allowances and froze pensions, he pointed out, Russiadid not, while some countries decided to cut expenses arbitrarily, Russia chosea different and more humanitarian path. In fact in 2009, Russian budgetexpenditure grew by 27.3% over 2008 while accumulated reserves were investedand budget allocations rose by 50% for wages, pensions and social allowances.

Admittingthat the more pessimistic forecasts had not proven true, Vladimir Putin statedthat Russia had reacted to the currency crisis as a strong power should,“acting resolutely and decidedly”. He added that while the recession is over,“the situation is far from being trouble-free” and demands a continued“conscientious financial policy”.

Indeed,during 2009 real income rose by 2.9% over the previous year while theintegration of the national economy, the Russian financial sector and thesocial sphere were protected and preserved.

Regardingthe Government’s social initiatives, Vladimir Putin stated that rather thanraise more money through increased taxation, the Government should concentrateon a more efficient distribution of existing revenue. However as from 2011,Social Security contributions for companies will rise from 26 to 34% and thiswill fund a financing of the health service. Pensions will continue to rise (by45%) and the Government promises extra financial benefits for mothers and warveterans.

As far asthe future is concerned, Vladimir Putin stated that there are tangible signsthat the banks have restarted lending schemes and this can only fuel asustained economic development and growth which will build on the positiveindicators visible already today, namely an increase in retail sales, a rise of7% in real income and a stabilization of the unemployment rate at 8%. With thefeelgood factor provided by the economic setting and the increase in buyingpower, this rate can only continue to decrease, since economic security istranslated into spending and investment which in turn generates jobs.