Russia May Lose Influence on Setting Oil and Gas Prices

Russia will not be able to dictate prices on its exported fuel, experts of the Institute of Contemporary Development said in their report. 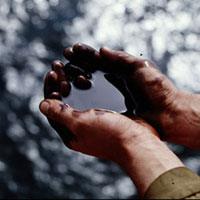 Russia May Lose Influence on Setting Oil and Gas Prices

The specialists said that the Russian Federation would have to face serious economic problems already in the near future.

“The demand on oil and gas will remain, of course, but it will be a different kind of demand, where the customer, not the producer, will dictate the prices,” Evgeny Gontmakher, a senior official with the Institute of Contemporary Development said.

The expert believes that the state of affairs in modern-day Russia is very similar to that in the USSR during the stagnation period, when oil prices were high too.

“The current oil price is still a consolation. We had $30 per barrel a year ago – everyone panicked and did not know what to do. Now the price is high, and there is no need to think of development. This is another stagnation period for Russia,” Gontmakher said.

The report also said that Russia would not be able to compensate the reduction of the export of hydrocarbons. Its export ties with former Soviet states (CIS) gradually worsen under the influence of competitors – the EU, the USA, China, Turkey and Iran. As a result, Russia may lose its status of the sole strategic partner for the CIS. China and the European Union have all chances to enter the market of the region instead of Russia.