About 500,000 Russian citizens may lose their jobs in the nearest future, Vice Prime Minister Alexander Zhukov believes. The number of Russians on an enforced leave will not diminish either, he said. 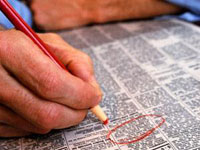 “The number of those who can be fired from their jobs is about 480,000 people. About 940,000 have already been fired since the time when the monitoring began (October 1, 2008),” Zhukov said at a press conference in the White House. About 1.5 million Russians had to stop working temporarily.

Zhukov is concerned with the situation on Russia’s key enterprises. About 30,000 employees can lose jobs at strategically important enterprises, Pravda.Ru reports.

The level of unemployment in the Russian Federation has reached 8.1 percent, the Russian Statistics agency said.

“The number of unemployed individuals has grown by 35,000 people and made up 2.166 million as of January 27,” Alexander Zhukov said.

President Medvedev said at the end of 2009 that temporal unemployment in Russia was the most dangerous consequence of the global crisis. Recent positive changes in the development of the nation’s economy do not indicate any improvement for the labor market yet.

For the time being, it is very difficult to predict when the situation changes for the better and when enterprises, companies and firms start looking for personnel, Utro.ru says.

“Unfortunately, the current crisis stipulates a very long unemployment period. The number of jobs will be our big problem for long,” Medvedev said in 2009.