The pirates that took the cargo of the Russian vessel Arctic Sea were arrested by Russian authorities in a brilliant operation. Eight (8) people were arrested. 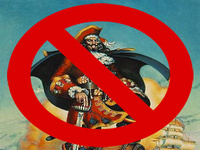 The pirates threatened to blow up the ship if the demand for ransom was not honored, but the Russian authorities already knew where the ship was and a campaign of disinformation kept the pirates in the dark, as the trap closed around them.

When the Russian frigate Ladny neared the Arctic Sea, they ordered the pirates to stop and drop their weapons, according to crew reports, who affirmed that they demanded a ransom and threatened to blow up the ship.

A spokesman for the Ministry of Defense of the Russian Federation said that a high-speed rubber boat, ropes (for entering the ship) and rockets were still on board.

The eight detainees, who had remained aboard the ship since July 24, are of Estonian, Latvian and Russian citizenship