Russia’s most publicized child kidnapping case is likely to be closed if the child’s parents – a Russian mother and a French father – will sign an amicable agreement. 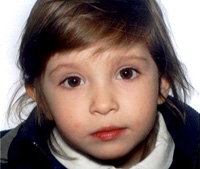 “No charges have been brought against anyone as of today. The case is under investigation,” a senior spokesman for the Moscow Police Department told RIA Novosti news agency. The case was filed on September 23, 2008. If the case comes to trial, the perpetrator may face from 6 to 15 years in prison.

Elise Andre is the three-year-old daughter of Russian citizen Irina Belenkaya and French citizen Jean-Michel Andre. The parents divorced and could not decide who would be in custody of their child afterwards. They abducted their own daughter from each other three times. The mother, Irina Belenkaya, took the girl from France to Russia, but the French father brought the girl back to France in the fall of 2008.

The mother kidnapped the child again this year, at the end of March. The ex-husband was attacked and beaten by two strangers when it happened. The French authorities put Belenkaya on the wanted list. Irina and her daughter were detained on April 13 in Hungary, on the border with Ukraine. Elise was delivered to her father, while the child’s mother had to go to trial.

France seeks for the extradition of Belenkaya claiming that she violated the ruling of the French court about the child’s place of residence. Belenkaya declined the simplified extradition procedure. A Hungarian court will now consider new documents from the litigants before it makes a final decision on the case.

The lawyers for Belenkaya and Andre will meet in Moscow to discuss a possibility of the amicable agreement between the parents. The French father said previously that he did not want to see his ex-wife in jail.