Russian Prime Minister Vladimir Putin rejected the rumors about the possibility of a new currency to appear in the world, RIA Novosti reports. Putin also urged not to compare the current crisis in the USA with the Great Depression. 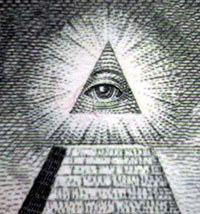 “There are rumors of a new currency that is going to appear in the world already this summer. It’s going to be neither the dollar, nor the euro, but something different,” an unemployed woman told Putin when he was visiting an employment center in the Moscow region.

“Those are just rumors. The US political and financial authorities will never give the dollar up, they will fight for it to the utmost,” Putin responded.

He reminded that there was a very serious global crisis during the times of the Great Depression in 1929-1931, when the production setback in the USA reached 40 percent. The current reduction makes up only two percent, he added.

“The current situation has nothing in common with that tragedy. The American economy will recover in the nearest future, there are no doubts about it,” Putin said. “Although, we do not know what is going to happen next if they continue to run inaccurate politics. There should not be any grand tragedy in the future either way,” the head of the Russian government said.

The woman also wondered about the positions of the Russian ruble and asked Putin if the ruble was going to strengthen its positions.

“It will, definitely. The ruble won’t collapse. The Central Bank says that there are no changes planned whatsoever anytime soon, there are no prerequisites for it,” Putin said.

He said that Russia was receiving large quantities of dollars and euros from its exports. “The inflow of foreign currencies has counterweighted the outflow of the funds that the country spends on import purchases,” Putin said.

Putin is certain that the Russian ruble will not suffer from the short-term reduction of oil prices. “Even if oil prices drop for a while, nothing terrible will happen, because we re capable of keeping the correlation [of the ruble vs. the dollar and the euro] with the help of our reserves,” Putin said.

Putin also said that the crisis would most likely recede in the beginning of 2010. He said that he was certain that the Russian economy would bear the test of the crisis.

“The prime goal of the state under these circumstances is to support the real sector of economy and to support the people. I believe that we have enough resources to accomplish that,” he said.

“We need to develop the efficient system to support the people, including the unemployed individuals. That is why I came here to this employment center to see how it works,” Putin said.