Russia is ready to discuss only constructive suggestions on missile defense issues with the United States, the ones which would meet the interests of the Russian Federation, Europe and the United States, President Dmitry Medvedev stated Tuesday at a press conference in Madrid after his talks with the head of the Spanish government Jose Luis Rodriguez Zapatero. 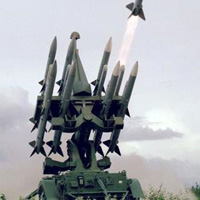 “If the new US administration shows common sense and offers a new [missile defense] structure which would satisfy European needs and would be acceptable to us, we are ready to discuss it,” Medvedev said. He also emphasized that it should be a full-scale global structure, but not just a fragment of it deployed near the borders of Russia, Interfax reports.

Russia’s president stressed out that there would be no swaps made as far as the missile deal with the USA was concerned. "If we are talking about any 'swaps' (Iran for missile defense) this is not how the question is being put. This would not be productive," he said. “We have been working very closely with our American partners on the issues of the Iranian nuclear program. We have never suspended or weakened those contacts even at the time when our views differed from those of the USA on a number of issues, Medvedev added.

He also said that Russia was still highly concerned about the global missile initiative of the United States. “The initiative that the previous US administration suggested could never improve the security on the European continent. Quite on the contrary, it could only complicate it. Russia’s stance was simple at that point: let us deal with the missile defense issues together to create an efficient and reliable shield that could be a protection against various threats. There are not just a few of those threats indeed,” Medvedev said.

“However, if it goes about the fragments of this system, especially if they are located near the borders of the Russian Federation, we cannot but be concerned about it because it does not look like a defense against a global threat. It is most likely a defense against something different,” the Russian leader said.

“What we receive from our American partners now testifies to at least one thing: our American partners are ready to discuss the problem. This is a positive factor. Several months ago, we were hearing different signals – 'the decision has been made, there is nothing to discuss, we will do what we have decided to do'. I hope that the current situation is different. That is why we will continue to discuss the problem on a regular basis assuming that Russia and the United States have similar goals to pursue at this point,” Medvedev said.

The discussion of the question of the European security and a new security treaty can be conducted both at the EU and at the OSCE, Medvedev said.

“The platform for the discussion of the treaty on the European security is only a matter of taste,” he said.

Russia and Spain signed a deal Tuesday to enable the transit of Spanish military hardware and personnel to Afghanistan via Russia.

"We have succeeded in entering a new level of cooperation. Big prospects are opening up in the fuel and energy sphere," Medvedev said at a news conference.