The irreversible transformation of the national psychology will become one of the results of the current economic crisis in Russia. People will finally revise and change their moral and material values and will thus trigger the collapse of the glamorous capitalism in Russia, Professor Nikita Pokrovsky believes. 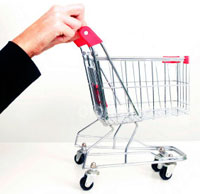 The Russians will revise their views about social values and will become closer to European nations in terms of their attitude to life, the professor believes.

“One has to understand that consumption is a universal language which people use to communicate with each other inside the society. We are what we wear, what we drive and where we spend time. A modern-day Russian is a product of the raw-material economy, a slave of the oil pipe. People have withdrawal symptoms when the country steps away from that pipe. Glamorous capitalism is the biggest social value of the Russian society nowadays. This capitalism is characterized with an aspiration to consume as much as possible, to build gorgeous temples of consumption on city outskirts, to virtualize real life and introduce digital technologies everywhere,” the professor said.

The professor believes that the Russians will revise their consumption concepts under the conditions of the economic crisis. They will switch to the system of reasonable self-restriction that will manifest itself in different sides of life.

“There will be no return to the glamorous capitalism. Second-hand will become the matrix of consumption in the new Russian society. People will prefer something old instead of something new. They will prefer home-cooked meal instead of fast food restaurants. The system of body fitness will collapse and will be replaced with the system of health activities. Beach tourism, which turns people into languid seals, will be replaced with educational tourism. People will have a new perception of products in general. Basic goods will enjoy the highest demand, whereas the enormous amount of additional useless goods will be pushed into the background. We are now standing on the verge of the new world, in which new people will live,” the professor concluded.

The crisis will trigger most significant changes of social values in Russia rather than in the West because many of such changes have already taken place in the West before.

“The crisis caught Russia and the West at different stages of the public and economic development. The West has already launched the era of post-capitalism, and consumption values have been pushed into the background in many Western countries. Unlike the West, Russia has been drowning in the pleasure of universal consumption during the recent years,” the professor said.

“The lower layers of the Russian society have received the smallest amount of bonuses from the feast of consumption in the country. Therefore, the people of limited means will lose a lot less in the crisis. The upper classes will continue to stay in their comatose condition. The middle classes have acquired a lot during these years, which means that they will lose a lot. Therefore, the situation in the country will depend on the political and the social position of the nation. But the most important thing is that the Russians will change their concept of happiness. We will approach the paradigm of the European mindset with its reasonable self-restriction,” Nikita Pokrovsky concluded.