The first meeting of the presidents of Russia and the United States may take place in April with Barack Obama paying a visit to Moscow in April. It is slated to be part of the new President’s first European tour which will begin in London on April 2nd to attend the G20 Summit. There he will meet with Russian President Dmitry Medvedev. Obama is then scheduled to go to Germany for a NATO alliance anniversary event to take place on the French-German border. 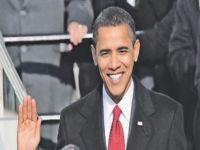 According to President Medvedev’s staff, no official request for a meeting of the presidents had come from Washington yet. A visit to Moscow by President Obama would show that the new US Administration regards Russia as a prime partner which would certainly facilitate improvement of Russian-American relations.

Prior to President Obama’s visit in April, the Secretary of State, Hillary Clinton, will travel to Russia with a proposal which is supposedly designed to make the Kremlin happy. It is reported that the Obama Administration has already taken steps to reduce funds for ABM development. Clinton is also scheduled to attend her first conference of NATO foreign ministers in March.

Clinton will be concentrating on forming her team in February. Its key members are already known. The Russian division will be run by Philip Gordon, the head of the European department of the National Security Council in Bill Clinton's Administration, and Dennis Ross, a career diplomat who was with the US Department of State during George Bush's presidency and represented Clinton in the Middle East afterwards. The new US Administration’s Russian policy will be coordinated by Michael McFall, formerly Director of Programs of the Moscow Carnegie Center. McFall advised Obama on Russia during his campaign. He will handle Russian affairs in the National Security Council now.

Along with START-1 and ballistic missile defense, the new US Administration will have one other priority in connection with Russia. At Clinton’s confirmation, Senator Richard Lugar told her to also prioritize energy security. Lugar took President Obama on his first trip to Moscow four years ago when the Senate International Affairs Committee Lugar chaired sent a delegation to Russia.

Speaking before the US Congress, Clinton said work on a new document to replace the START-1 treaty would be one of the first priorities of the new Administration. START-1 expires on December 5, 2009.

Deputy Foreign Minister Sergei Ryabkov and Undersecretary of State for Arms Control and International Security John Rood began negotiations over a new document last December. The Russian Foreign Ministry said that talks for a new treaty might stimulate rapprochement between Moscow and Washington and its signing would become the first joint project for Medvedev and Obama.

The position of the new US Administration on the matter should actually make Moscow happy. President Obama said during the campaign that there is no proof that such a system would actually work, so it may be that he will not push for its implementation and may be agreeable to scrapping it altogether in favor of a plan for amenable to Moscow.