Russia’s economy may not grow in 2009 at all

Russia will inevitably face the danger of the budget deficit under the conditions of the global financial and economic crisis. The speed of Russia’s economic growth in 2009 may slow down to 0-2 percent, whereas the inflation rate is expected to reach the level of 13 percent, Russia’s Finance Minister Aleksei Kudrin said Monday at the Asian Financial Forum in Hong Kong. 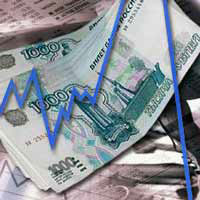 Russia’s economy may not grow in 2009 at all

Kudrin added that Russia’s economic growth made up six percent in 2008 and a positive number was expected in 2009 too, albeit from zero to two percent only. “These new numbers are connected with the estimation of the world economy and the demand on the Russian export,” the minister said.

The Russian government used the oil price of $30 per barrel to make the budgetary forecasts, Kudrin said. Russia ’s anti-crisis measures include the support of the bank liquidity and the capitalization of the bank system, Kudrin stressed out. In this connection, the Russian government plans to allocate $40 billion more to support the banking system, the minister added.

“We expected the inflation rate to drop to eleven percent, although we now expect the 13 percent rate taking into account the currency devaluation,” Kudrin said. “However, we are preserving the convertibility of the national currency and will be preserving it. This is an achievement that we had during the recent years. However, the convertibility of the ruble creates the necessity of heavy responsibility in the economic policy,” he acknowledged.

The minister also said that the Russian currency, the ruble, has lost 20 percent of its value since September and up until the present moment. “It created new guidelines in the economy, and we expect them to show a positive influence on our demand and the balance of payments,” Kudrin added.

The Asian Financial Forum is held in Hong Kong for the second time since 2007. The forum lasts for two days.